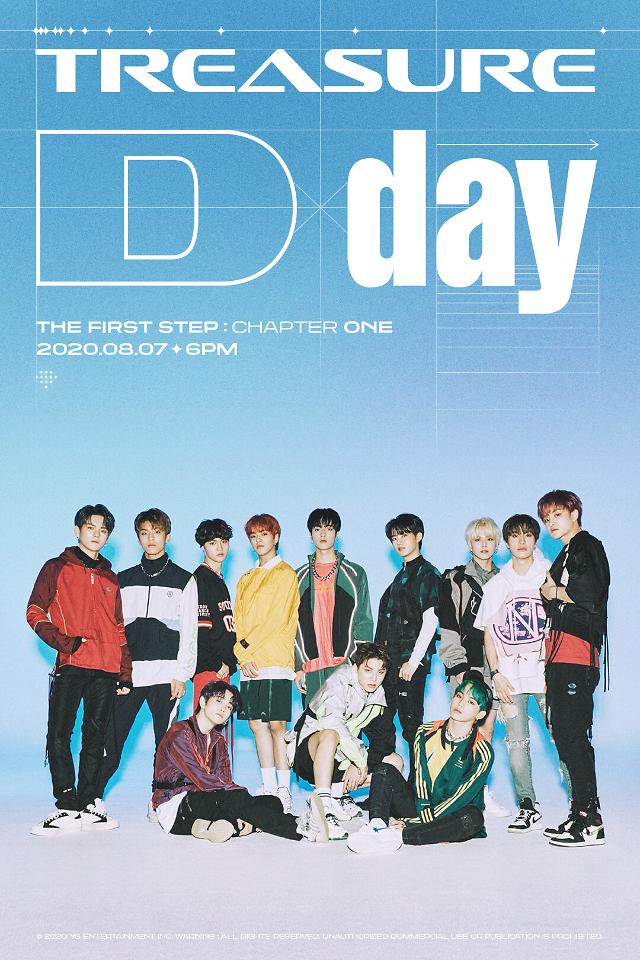 
SEOUL -- Members of TREASURE, a 12-member new boy band formed by YG Entertainment through an audition survival show, hope to leave a mark on the history of K-pop with their own style as BLACKPINK, a four-member girl band from YG, has done.

"We want to be TREASURE that can make a mark in the history of K-pop and give energy to everyone," Choi Hyun-seok, a co-leader of the group, said in a press conference to mark the group's official debut with "The First Step: Chapter One."

Choi said TREASURE would take a different path from YG's senior boy groups like BIGBANG. "We are all dancing and singing together. I think this is the biggest difference."

The personality of TREASURE members was revealed well in the title track "BOY," which was characterized by boyish lyrics and tells the story of an inexperienced boy approaching his first love without hesitation. YG described BOY as an impressive song with strong beats and addictive dance break drops. Each member expressed colorful personalities.

Well before their debut, TREASURE members have built their global fan base as the first K-pop group act to be unleashed by YG in four years. "I think the reason why we can be loved a lot is that many senior groups have shown K-pop's influence to the world. That's why TREASURE was able to communicate easily with overseas fans," said Park Ji-hoon, the group's second co-leader.

Originally, TREASURE was to be separated into two teams, but YG changed its strategy to unveil an integrated team. "It was the driving force to prepare hard," Bang Ye-dam, a vocalist, said, citing high expectations brought on by BLACKPINK's global performance.