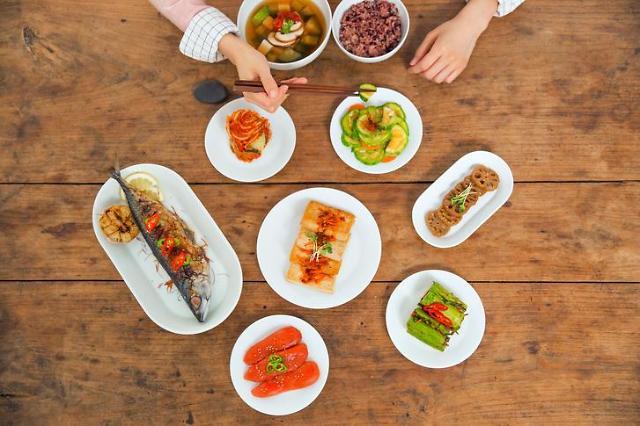 SEOUL -- Meal subscription services that regularly deliver meal kits or Banchan, a collective term meaning Korean side dish menus including Kimchi and stir-fried zucchini has earned the favor of South Korean consumers of all ages, a survey showed.

Housewives and single households buying packs of Banchan and main menus are commonly witnessed at marketplaces and stores. Banchan stores are favored by consumers who cannot spare time to prepare meals that normally consist of a bowl of steamed rice, a bowl of soup and several side dishes. At homes, cooking Banchan requires repetitive work as small amounts of side dishes are cooked at a time so that they can be consumed within a few days.

According to a July survey of 1,374 people, conducted by the Korea Agro-Fisheries & Food Trade Corporation (aT), 52 percent used meal subscription services. People in their 40s were the age group with the highest subscription rate of 60.2 percent, followed by those in their 30s with 59 percent and those over 60 with 58.1 percent.