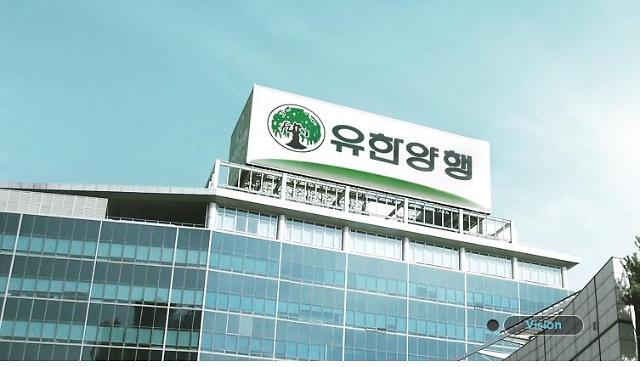 
SEOUL -- Yuhan, a pharmaceutical and chemical company in South Korea, clinched a deal worth up to $410.5 million to transfer the technology of YH12852, a new drug candidate for the treatment of functional gastrointestinal disease, to Processa Pharmaceuticals, an American pharmaceutical company.

Yuhan will receive Processa shares worth $2 million in down payment as well as royalties and milestone payments, which are paid when each milestone is achieved in clinical trials and commercialization. Processa will secure exclusive rights to the development, manufacture and commercialization of YH12852 in the world except for South Korea.

"Functional gastrointestinal diseases have a great impact on the quality of life," Yuhan CEO Lee Jung-hee said. "We hope that YH12852 can provide patients with more effective treatment options than conventional treatments."

YH12852 acts selectively on certain receptors that play an important role in gastrointestinal motion and sensory functions. Unlike cisapride which was previously licensed as a treatment for functional gastrointestinal diseases, there are few side effects. In pre-clinical toxicity tests and first-phase clinical tests conducted at home, YH12852 showed a clear improvement of bowel movement without cardiovascular side effects.

Processa is to conduct second-phase clinical testing in 2021 for patients who suffer from intestinal obstruction after surgery and constipation, a side effect that occurs when taking a drug-induced painkiller.