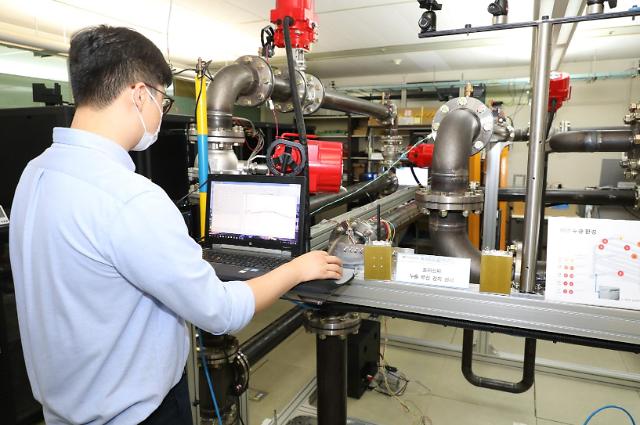 
SEOUL -- An intelligent diagnostic system using artificial intelligence and sensors has been developed by two state-run research bodies in South Korea to detect fine leaks in pipes. The diagnostic accuracy is 99 percent and a small amount of gas leakage from a small hole with a diameter of 0.2mm can be detected at a distance of more than five meters.

KAERI said the sound produced when a leak occurs sends a characteristic signal in the ultrasonic band around 40 kHz. Because the strength of signals is too weak, researchers amplified them by 450,000 times for easy detection. Through AI inference, the accuracy of diagnosis has been increased. The system can be used continuously for 36 months.

Leak signal detectors, which are now commercialized, collect only suspicious information, and they are expensive using ultra-high capacity batteries and computers. KAERI said the new system can be implemented at low prices by using an ultra-low-power detection sensor module and a low-cost AI server.

"This is a typical example of government-funded research institutes developing new technologies by merging their respective fields of expertise," said KAERI President Park Won-seok. "As pipe leakage is an issue that directly affects safety, we expect it to contribute greatly to the safety of industries and people."