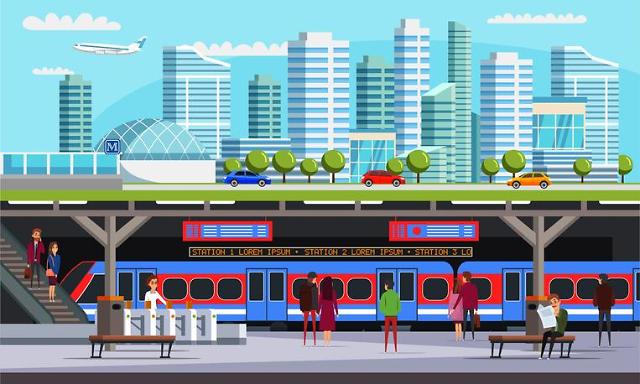 SEOUL -- A subway network in Seoul kicked off an international subway film festival to help lighten the mood of commuters who have suffered from mental stress caused by a prolonged COVID-19 pandemic and social distancing.

Seoul and its satellite cities have a vast network of subway railroads with 331 stations stretched over a total distance of 353.2 kilometers (219.4 miles). Some 7.4 million people use subway trains every day. A commuter living in Seoul or its surrounding cities normally spend about three hours for daily commuting.

Seoul's subway train operator said in a statement on August 24 that it has opened "The 11th Seoul Metro International subway Film Festival" to play 55 films and special competitors in subway trains. Films that are 90 seconds long will be played on digital displays installed on trains and platforms. The screening will end on September 17.

Subway trains that travel underneath the capital city have at least eight digital displays that show destination and the names of upcoming stations. Public service advertisements and other information videos are played between stations.

Due to a coronavirus epidemic, film festivals and exhibitions have chosen non-contact methods to invite and communicate with fans. Bucheon International Fantastic Film Festival (BIFAN), an annual film festival, was held as an online event in July to screen about 190 films from some 40 countries. A single cinema building equipped with thermal imaging cameras, thermometers and disinfectant sprays was used for offline screening.