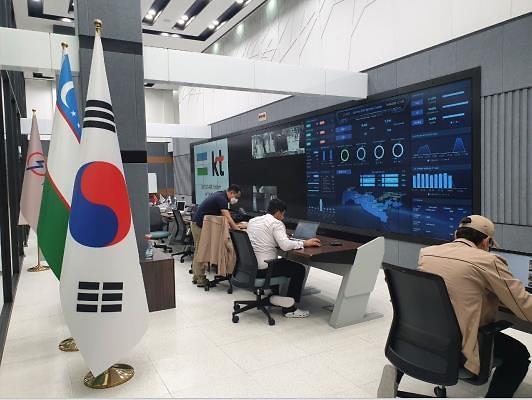 The electric consumption of households is mainly monitored by electric company officials that visit houses to check the electricity meter. Power management centers use smart electricity meters equipped with an Internet of Things (IoT) communication module that allows the control tower to check and monitor power usage in real time.

KT said in a statement on August 23 that its AI-based energy management center in Tashkent would monitor the power usage of eight million households to save costs. Collected data will be sorted and analyzed by AI to detect the loss of power and control supply.

The company will support the operation of the power management canter for two years. "If the Uzbekistan project is successful, we will promote our smart energy business into Central Asia," a KT official was quoted as saying.

An energy management system is vital for creating an infrastructure for sustainable energy, allowing smart cities to effectively monitor power consumption and detect losses in electrical systems on power grids. Such systems can also actively control the productivity and supply of electricity to match demands. Electricity created late at night can be stored in energy storage systems.