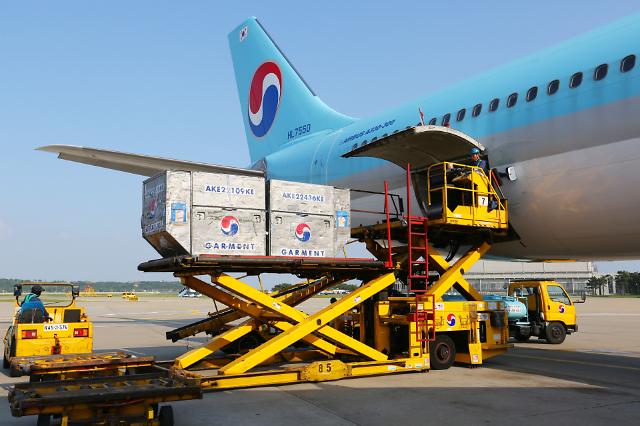 
SEOUL -- Korean Air, the top flag carrier in South Korea, is in the final stage of coordination with government regulators over the proposed removal of passenger plane seats to load cargo. The move is aimed at improving profitability by increasing cargo transportation as a prolonged coronavirus pandemic showed no signs of an end.

"It is a system that has already been implemented in countries such as the United States, and we, too, will soon be approved unless there are any special problems," Woo said. "It doesn't take much time to remove seats and repair the interior."

Woo remained cautious about the recovery of international passenger flights, suggesting that Korean Air probably has no other choice but to focus on cargo transportation throughout the second half of the year. "I think the demand for cargo will be better than ever," he said.

Passenger flights, which account for about 50 percent of air freight, have seen a drastic decrease this year, but Korean Air was able to increase its international cargo traffic partly thanks to high demands for the transportation of medicines and medical equipment. South Korean airlines have received emergency loans from state lenders.

Korean Air signed a deal on August 25 to sell its in-flight catering and duty-free business to Hahn & Company, a local private equity fund, for 990 billion won ($836 million), as part of an agreement to secure two trillion won through restructuring and asset sales in return for a liquidity injection of 1.2 trillion won from two state-run banks. The airline has raised 1.1 trillion won through a rights offering.