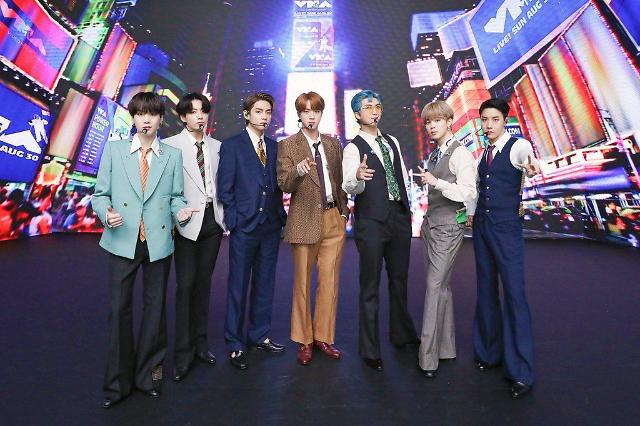 SEOUL -- Big Hit Entertainment, the creator of BTS which has opened a new chapter in the history of K-pop, is certain to make a big hit in its stock market debut this year, a senior securities company official said, citing the agency's good performance in the global market and hot interest among domestic investors.

South Korea's stock market has been in the doldrums due to a prolonged COVID-19 pandemic. However, SK Biopharmaceuticals, a unit of South Korea's third-largest SK Group, and Kakao Games, a game subsidiary of South Korean web service giant Kakao, have garnered a record amount of evidence in retail subscription for their initial share offering (IPO), respectively in June and on September 2.

"The public offering market is hard to predict, but it is expected to keep a boom for the time being," said Kim Joong-kon, a director at NH investment & securities, the lead manager of SK Biopharmaceuticals' public offering. "There used to be a market downturn in the fourth quarter. But I believe it will be in good shape by the end of October if there are no special internal and external shocks."

SK Biopharmaceuticals' successful stock market debut has been "anticipated," Kim said, adding that his company has introduced YouTube live streaming to attract attention from investors. "With no business trips abroad at all due to COVID-19, it is significant that we have collected enough domestic subscription to cover the total size of its public offering."

"We used YouTube live streaming due to difficulties in large-scale meetings even at home. It is meaningful in that we've effectively done it with a new channel that we did not try," Kim said, suggesting that live streaming should be developed further "in terms of formality and content" for wider use in public offerings.

NH investment has been selected as lead manager of Big Hit's IPO in October, and Kim thinks the entertainment company's IPO would make a big hit. "While other agencies stay only in South Korea, Japan and Southeast Asia, Big Hit has successfully advanced in the global market. Big Hit is the only company with global experience to nurture idols who can perform in London or the United States."

Big Hit submitted an application for IPO to financial regulators on September 2. Big Hit will sell 7.13 million shares by conducting a demand forecast for domestic and foreign institutional investors for two days on September 24-25. The estimated price is between 105,000 won ($88.5) and 135,000 won. The company hopes to raise up to 962.6 billion won.

The application came after BTS surprised the global music community and demonstrated its global brand power again by debuting at No. 1 on Billboard's main singles chart with "Dynamite." Hana Financial Investment said earlier that Big Hit's enterprise value may stand at more than three trillion won.

In 2019, Big Hit posted 587.2 billion won in consolidated sales, 98.7 billion won in operating profit and 72.4 billion won in net profit. A coronavirus pandemic has affected BTS' global activities this year. However, Hana Financial said that Big Hit's sales in 2021 could exceed 750 billion won, given its diverse management revenue to be derived and the growth rate of artists.