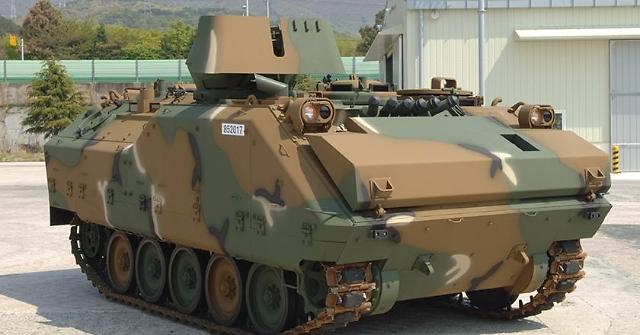 SEOUL -- The proposed deployment of a new 120-millimeter self-propelled mortar system was endorsed by a defense ministry-controlled state body in charge of arms acquisition. It is equipped with an automated fire control system featuring improved accuracy and range compared and enables rapid and precise firepower support.

The self-propelled system is based on a variant of the K200A1 tracked armored vehicle developed by Hanwha Defense. The project costing about 770 billion won ($647 million) will be completed by 2025, according to the Defense Acquisition Program Administration (DAPA).

The self-propelled mortar system to be used by South Korea's mechanized military unit can carry four passengers, with a maximum speed of 70 kilometers (43 miles) per hour. With a maximum range of 12 km, it can fire up to eight shots per minute.