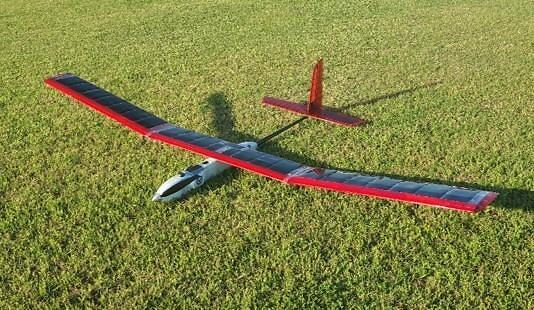 SEOUL --A solar-powered unmanned aerial vehicle was tested in the southern resort island of Jeju. The drone will be later used for monitoring the movement of ocean marine debris, also known as ocean trash and illegal land use.

Jeju Island said in a statement on September 10 that the local government has succeeded in the test flight of the green energy unmanned aerial vehicle (UAV) on August 30. The drone jointly developed and manufactured by Jeju, Korea Aerospace University and Inopaen, an artificial intelligence technology company, flew along the shorelines of Jeju for about four hours to cover 147 kilometers (91 miles).

The local government said that it will utilize the solar-powered UAV to monitor ocean trash that causes damages to the environment and fish farms. The UAV will also be used in the monitoring of illegal land use such as illegally constructed buildings and farmhouses.

Jeju is also developing a hydrogen fuel cell UAV that can cover longer distances. The hydrogen-powered UAV will be used for delivering small parcels across the island including remote areas in Jeju's densely formed bush areas and mountain areas with limited access.

Solar-powered UAVs have the ability to fly in high altitudes more than 12 kilometers (7.4 miles) above sea level while charging batteries. They can stay up in the air for many hours to monitor the weather and geological or natural phenomena such as a wildfire. Many countries also develop solar-powered UAVs for military purposes.