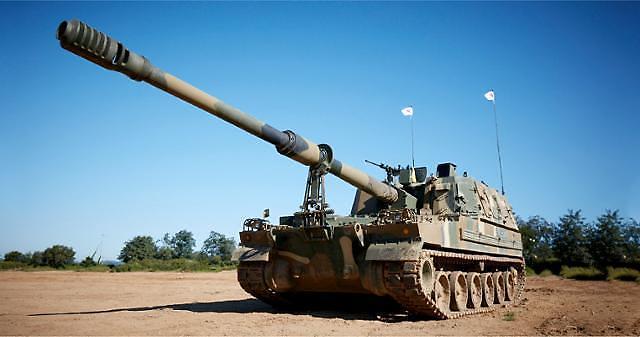 
SEOUL -- South Korea will localize the German diesel engine of its K-9 self-propelled howitzer, which is one of the country's best-selling ground weapons, as part of a state project to acquire original technologies for key imported parts. Research and development will begin in 2021.

K-9, produced by Hanwha Defense, boasts a high localization rate, but its engine has been provided by MTU Friedrichshafen of Germany. The Defense Acquisition Program Administration (DAPA), a state body controlled by the Defense Ministry, said that the government would develop replacements for key imported parts in consideration of "technological ripple effects and high export potential."

"We are confident that the localization of K-9 self-propelled howitzer's engine under consideration will pave the way for self-defense in the field of firepower and help expand exports," DAPA head Wang Jung-hong said in a statement.

K-9, which entered service in 1999, is compatible with standard NATO 155-mm ammunition and operates with K-10 armored vehicles for ammunition resupply. The $3.9 million weapon with a maximum firing range of 40 km can move at a maximum speed of 67 km per hour.

Some 1,700 K-9s are in service, including 650 shipped to Turkey, India, Poland, Norway, Finland and Estonia. In early September, Hanwha Defense was picked as the sole preferred bidder for an Australian artillery gun procurement project to supply 30 K-9s and 15 K-10s.