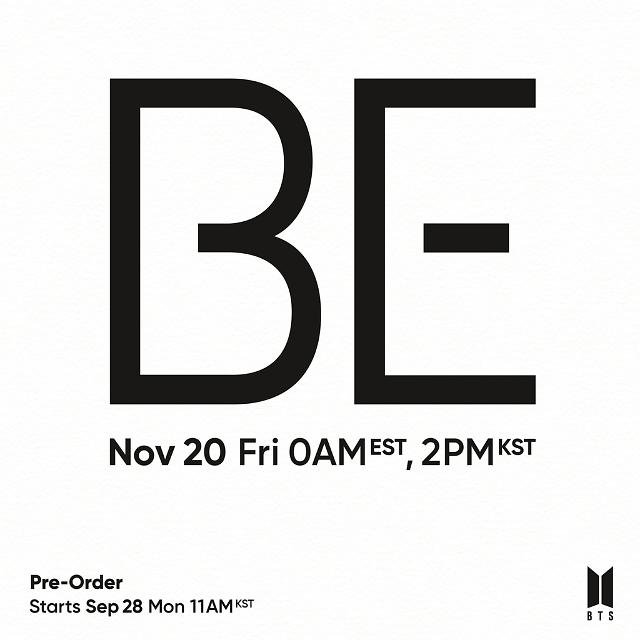 
SEOUL -- K-pop band BTS will release its most unique album titled "Be" in November to deliver a message of healing to fans worldwide, according to the group's management agency.

"BE (Deluxe Edition) contains the most 'BTS-esque' music yet. The latest story from BTS begins by declaring that 'even in the face of this new normality, our life goes on' and imparts a message of healing to fans and to the world," Big Hit Entertainment said in a statement uploaded onto Weverse, a social media and fan community app, on September 28.

Be will BTS' second album to be released this year. In February, the band released "THE MAP OF THE SOUL: 7" and planned to embark on a world concert tour but BTS canceled its tour schedule because of COVID-19. Instead, the band BTS held an online concert that was broadcast live via social media in June.

Big Hit said that BTS members were more directly involved in the production of the new album. "You will discover throughout the album the thoughts, emotions and deepest reflections of BTS while experiencing an even richer musical spectrum," the agency said.