Employment in accommodation and food industry hit hard by resurgence in COVID-19: data 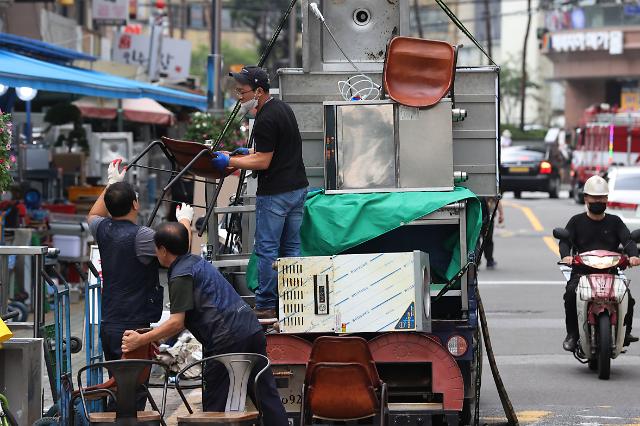 SEOUL -- The resurgence in COVID-19 cases that began in August after an anti-government rally involving thousands of right-wing Christians has led to a decrease in South Korea's employment rate in the accommodation and food sectors, a survey showed.

The main reason for a higher unemployment rate was due to strengthened government quarantine guidelines aimed at restricting the use of multi-purpose stores such as franchise cafes and buffet restaurants. Customers were only allowed to take away orders and restaurants were forced to close at 9:00 p.m.

"I tried to operate my restaurant alone after firing workers to save operating costs but I found it really hard," a former restaurant operator in the southern port city of Mokpo, told Aju news. "Because of the strengthened quarantine guidelines, no one visited my store to drink and eat. I had to close my business," he said.

the number of part-time workers in August rose to 1,935,000, up 6.2 percent from a month ago. "After closing down my store, I got a part-time job at a local shipyard because I have to support my family," Jung said.