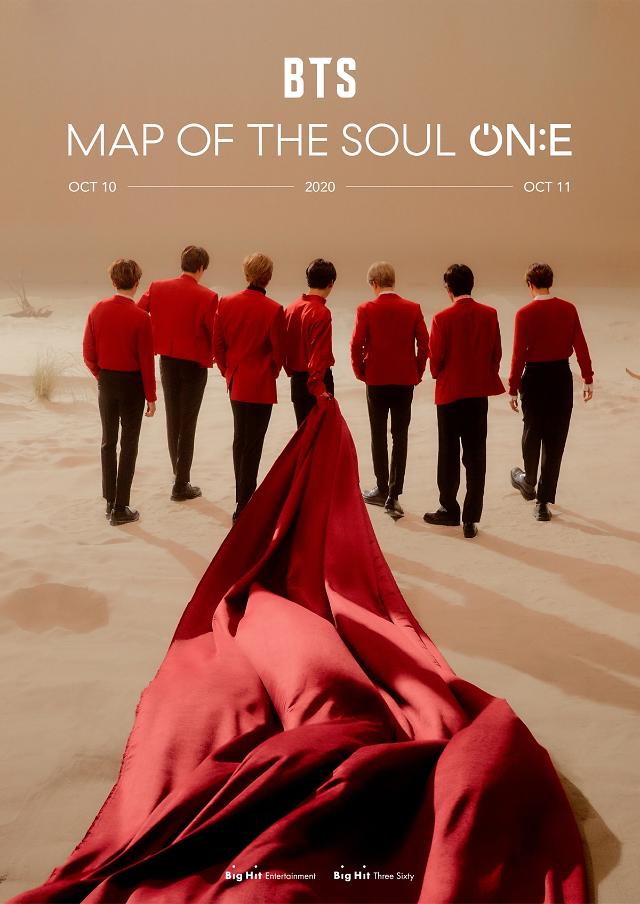 
SEOUL -- Up-to-date technologies such as augmented reality and extended reality will be used for an online concert to be held by K-pop sensation BTS in October. BTS will perform for about two hours on a scale equivalent to an offline concert, according to the group's management agency, Big Hit Entertainment.

Big Hit said BTS would hold its online concert "BTS Map of the Soul ON:E" at 7 p.m. on October 10 and 4 p.m. the following day. The latest technology will be used to increase audience immersion and fans can enjoy 4K or high definition content. A multiview live streaming service will allow users to select and enjoy six different angles in real time.

For fans who must have felt sorry for the cancellation of offline performances due to a COVID-19 pandemic, Big Hit said it has prepared stages and various setlists that have never been revealed before. BTS successfully held an online concert in June to attract more than 700,000 fans worldwide.

XR or Cross Reality encompasses a wide spectrum of hardware and software that enable content creation for virtual reality, mixed reality and cinematic reality. Users can generate new forms of reality by bringing digital objects into the physical world and bringing physical world objects into the digital world. XR technologies have applications in almost every industry.