U.S. strategy to bring down China. Will its operation to turn China into 2nd Japan succeed? 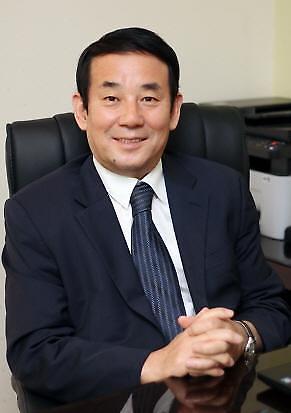 
SEOUL -- With its November presidential election just around the corner, the U.S. is adamant with China-bashing. It seems to stem from the judgment by both Republican and Democratic camps that it will help their election gimmick. From the perspective of protectionism, it is nothing strange to say that Democrats are traditionally tougher than Republicans. The fact that more than 70 percent of the U.S. public opinion has been against China in recent years is also fueling their move. Chinese issues are the best menu in the election campaign. Trump's camp is tightening the reins further. As the economic achievements that have been made so far are going nowhere overnight due to COVID-19, anxiety seems to be evident. There are not many measures to produce quick concrete results, and thus, through pressure on China, they are bent on short-term exploitation.

The emergency exit is not visible for the time being for the U.S. economy which is heading for its worst. The COVID-19 pandemic is hardly abating. The U-shaped recovery is already out of the question. As the growth rate in the second quarter was at its lowest level in 73 years, keen attention is being paid apparently to third-quarter results. It will recover a bit in the third quarter, but there is still a long way to go. On the other hand, China's economy is seemingly okay. It is recovering fast after being battered by COVID-19 early. For the U.S., the nightmare of the 2008 financial crisis comes back to life. It took years for the U.S. economy to normalize due to the collapse of financial infrastructure and its impact on the real economy. Squeezing its way through the gap, China's economy has been on a roll, emerging as a G2 rival to the U.S. and is expanding to talk about hegemony.

The shock of COVID-19 is distinctly different from the situation during the financial crisis. Some even say that the degree of shock waves is more than five times larger. There is a sense of extreme nervousness that the U.S. could face an irreversible moment if it falls behind China in this situation. Overall, the current situation is almost the same as it was a decade ago. Surprisingly, China was quick to detect it and declare an end to COVID-19. In China's calculations, it is a golden opportunity. Its think tank declares that by 2032, China will become the world's No. 1 economy. However, the U.S. cannot be unaware of this. The U.S. nervousness is a decisive factor in pulling its sword against China. The intention is to cut off the brunt of China in advance by touching China's weak link, or Achilles' tendon.

This gunless war that the U.S. is proceeding with is still at an early stage. Whoever wins the presidential election, it will certainly not draw back a sword. The outline of the American-style operation is slowly being revealed. This can be summed up as a plan to bring down China as a second Japan or the former Soviet Union. The first step is to isolate China's economy from the outside world. It is the so-called "decoupling", which excludes China from the global value chain. It is to get companies out of China and block entry routes for companies doing business with technology or products China needs. It's the 'Technical Cold War.' The intention is not to allow the soft landing of the Chinese economy by destroying the foundation for "China Manufacturing 2025," a manufacturing upgrade strategy that China is aggressively pursuing.

China also knows U.S. intentions and is thoroughly prepared, so the biggest variable is the direction of COVID-19.

The U.S. has already blocked supply chain routes to Huawei, and WeChat has been kicked out of the U.S. market. TikTok managed to survive in partnership with Oracle, but the U.S. has secured 25,000 jobs. The United States insists on self-defense. The Chinese government has blocked Google and Facebook from entering the Chinese market for a long time to nurture domestic platform companies BAT (Baidu, Alibaba, Tencent). It is also undeniable that they have grown so big as to rival U.S. companies. But there is also a U.S. concern here. The majority of U.S. IT companies disapprove of the Trump administration's hard-line financial or decoupling policy toward China in real economy. Unless the two economies are completely divided, it is difficult for the under-the-table trading movement between companies to disappear. This is due to concerns that it could lead to the collapse of the global economy.

Meanwhile, U.S.-led efforts to hollow out are in full swing to weaken China's position in the process of reorganizing a global supply chain. As a result, more and more companies are packing bags in China. Not only U.S. companies but also Japanese, European, Korean and Taiwanese companies are joining. More than 50 multinational companies have left China since the U.S.-China trade war began. With the manufacturing USA project, the U.S. government is fully supporting companies that are re-shoring. Since 2014, more than 2,400 U.S. companies have made U-turns to their countries. Japanese companies seem to be actively joining the move, with more than 1,700 companies reportedly preparing to leave China by the end of July this year. Although China is trying to downplay it as a storm in a teacup, it is ill at ease.

Another card the U.S. is using is the destruction of China's key point "One China." The U.S. is expanding the scope of exchanges to military sectors while rapidly advancing relations with Taiwan. It is in line with the India-Pacific strategy that is being pursued as part of measures to contain China. The move covers India, which has frequent conflicts with China, and Southeast Asian countries that will benefit the most from the supply chain reorganization. This is a counter-offensive to China's one belt and one road, which is in a crisis due to various trouble. The Chinese government is well aware of the U.S. intention to 'make China a second Japan' and has various ways to avoid it. At issue is the logic of our response and which side has an advantage. That's in sync with variables such as the direction of COVID-19.

(This column, contributed by Kim Sang-chul, a Dong Seoul University professor who served as supervisor of KOTRA in Beijing and Shanghai, does not necessarily represent the opinions of Aju Business Daily's editorial board.)