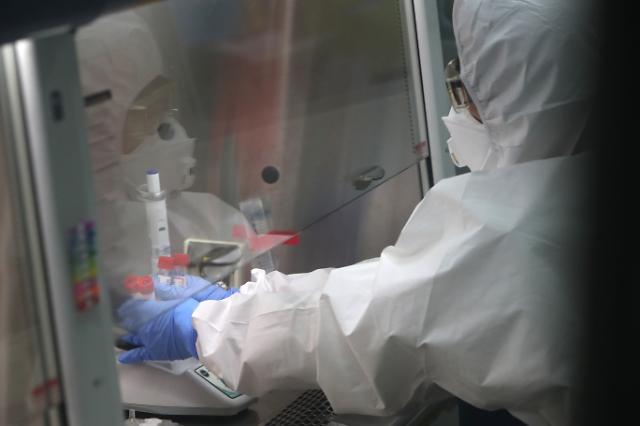 
SEOUL -- South Korea's state anti-epidemic center reported two confirmed cases of pediatric multi-system inflammatory syndrome from two children, including an 11-year-old boy who had been suspected of being infected with Kawasaki disease that causes inflammation in blood vessels throughout the body, not COVID-19.

Two boys have conformed to the multi-system inflammatory syndrome in children (MIS-C), according to the Korea Disease Control and Prevention Agency (KDCA). The two children have recovered well, showing no serious aftereffects.

Normally, children experience mild to moderate symptoms or show no symptoms at all. Children with an underlying health condition or an immunodeficiency are generally at higher risk for serious illness from COVID-19. But so far, there is little information about how or why the virus may trigger MIS-C in a small number of children who are seemingly healthy. The gravest risk is heart failure.

In June, two suspected MIS-C cases were reported, but KDCA officials provisionally classified them as Kawasaki cases in their decision based on diagnosis by medical experts who could not give a clear explanation due to the lack of scientific data.

The 11-year-old boy who had visited the Philippines from January to March was hospitalized from April 29 to May 11 due to fever and stomachache. In an initial evaluation, his case was not classified as MIS-C, but a different antibody test conducted later showed that he was found to have been infected with COVID-19, prompting experts to conclude at a meeting on September 28 that it was South Korea's first confirmed MIS-C case.

KDCA head Jeong Eun-kyeong said that the second case was a 12-year-old boy who had been hospitalized from August 19 to September 1. His case was reported on September 17 and experts officially classified it as MIS-C.

MIS-C cases have been reported in the U.S. and Europe. The inflammatory response shares common features with other pediatric inflammatory conditions, including Kawasaki disease. Symptoms include a high fever, a rash, very red eyes, abdominal pain and skin peeling on hands or feet. However, experts cannot say if MIS-C is definitely related to COVID-19.

Confusion may occur in handling suspected MIS-C cases, KDCA officials said, adding that infected children do not necessarily show COVID-19 symptoms. Five suspected cases that did not conform to MIS-C showed similar symptoms but they were later found to have been infected with Kawasaki and other diseases.