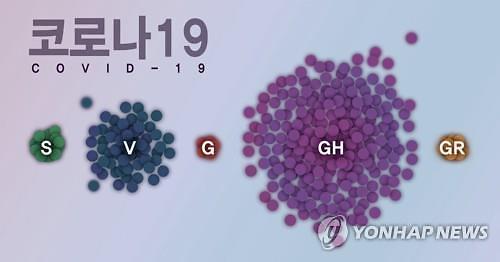 
SEOUL -- A 24-year-old man was sentenced to six months in prison for making false statements that hampered an accurate epidemiological investigation, leading to the dissemination of a novel coronavirus to about 80 people. He tested positive for COVID-19 after visiting an LGBTQ bar in Seoul in May.

The first-time offender appeared to have made "momentary misjudgment without expecting irreversible results because he was afraid that his sexual orientation or sexual identity, which is different from ordinary people, would be disclosed," the court said.

State prosecutors have demanded a two-year prison term, saying the nature of the man's crime is very bad. A law governing infectious diseases provides for a jail term of up to two years against those who make false statements in epidemiological investigations, or a fine of up to 20 million won ($17,350).

The man tested positive for COVID0-19 on May 9 after visiting a bar in Itaewon near central Seoul but he hid his identity as an instructor at a private cram school in Incheon. After he was cured and released, he was arrested and allegedly told investigators that he had lied due to shock.

Since the first wave of COVID-19 hit South Korea in February, the government has made compulsory for dance clubs and other entertainment facilities to receive the names and phone numbers of customers in order to prevent cross-contaminations with unknown sources. Visitors wrote down their personal information without any verification process.

Health officials found that the registration of personal information based on good faith has gone wrong when a COVID-19 outbreak began in the heart of LGBTQ community in Itaewon because many used fake names and phone numbers. The outbreak in Itaewon left some 300 people infected.

At first, many who have visited LGBTQ clubs and bars in Itaewon were reluctant to come forward for screening, giving a hard time to health officials. Later, tens of thousands of young people visited virus screening centers when police launched a nationwide investigation by securing phone numbers, the history of credit card usage, mobile phone base station access and CCTV images. Health officials said the outbreak in Itaewon was the result of inattention because close exposure was made in narrow space and many did not wear masks.