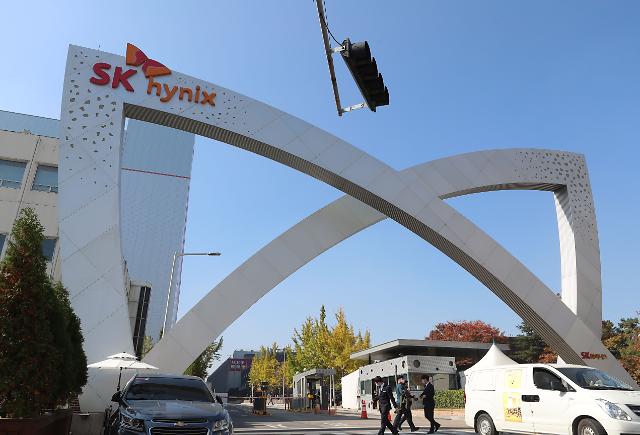 
SEOUL -- The acquisition of Intel's NAND memory and storage business sparked a mixed reaction from market watchers as it sucks cash out of SK hynix, which has aggressively bolstered its global presence, but the world's second-largest computer memory chip producer defended it as an inevitable decision to build a portfolio of high value-added products.

For decades, the semiconductor industry has been highly cyclical. Demand was mainly driven by the personal computer market throughout the 1980s and 1990s and smartphones later on. Experts predict a different cycle, citing the broadened usage of highly efficient chips to meet the needs of a new industry.

Dynamic random-access memory (DRAM) chips produced by SK hynix account for 72 percent of total sales. Through the $9 billion deal, the company will be able to secure a relatively stable and balanced structure as the proportion of DRAM will decrease to 60 percent and NAND will increase to 40 percent.

"It's a bit late to start," SK hynix CEO Lee Seok-hee said in a message to employees, adding the company made a "bold decision" to secure a firm position in the NAND market despite a competitive environment. "It was not easy to overcome the weaknesses of latecomers, and especially the characteristics of the highly volatile memory business have also blocked us at every important inflection point of growth."

"If Intel's technology and production capacity are combined to strengthen our competitive edge in high value-added solutions such as SSDs, SK Hynix will secure as much position as DRAM in its fast-growing NAND business in the era of big data," Lee said, predicting that the NAND business sectors of SK hynix and Intel can create "a new future together."

Lee said SK hynix can optimize its business structure to solidify DRAM and NAND businesses while expanding non-memory fields such as image sensors and foundry. "With a balanced pair of wings, we now can fly high towards this dream."