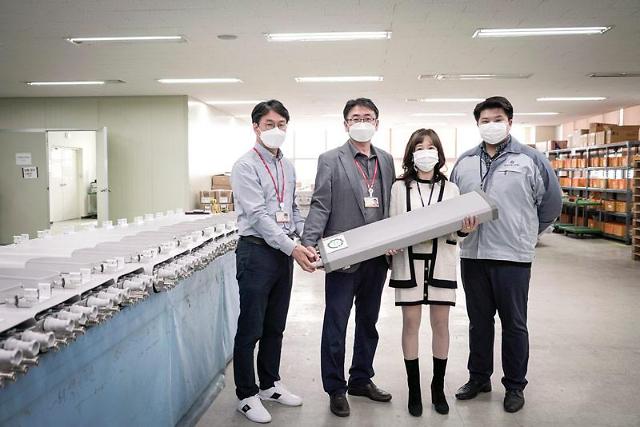 
SEOUL -- SK Telecom, a leading mobile carrier in South Korea, has teamed up with a domestic antenna producer to recycle a plastic weatherproof enclosure called "radome" that protects communication antennas in harsh environments and conceals electronic equipment. The company said the new technology can reduce about 30 tons of plastic waste emissions in 2021.

A radome is a protective enclosure made up of material that minimally attenuates electromagnetic signals. Radomes can be constructed in several shapes, using various construction materials such as fiberglass, polytetrafluoroethylene-coated fabric and others.

SK Telecom (SKT) said in a statement that it has developed radome recycling technology through cooperation with High Gain Antenna and on-site performance checks for about two years to obtain certification from the Korean Agency for Technology and Standards (KATS), a government agency that leads national standards and technical evaluation.

SKT has incinerated communication antenna radomes made of specially processed plastic because it's hard to recycle them. "We will seek ways to recycle resources in various areas such as plastic for special communication equipment and scrap metal," Ahn Jeong-yeol, head of SKT's SCM1 section, was quoted as saying.