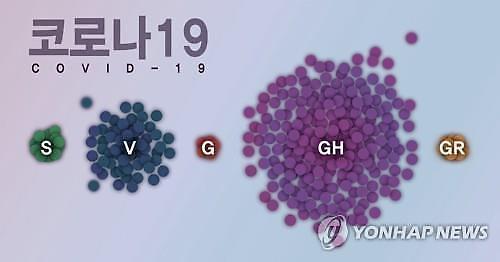 
SEOUL -- Researchers involving those from a South Korean state research institute have developed a three-dimensional model of human lung tissue to investigate the pathogenesis of a novel coronavirus, making a new breakthrough in efforts to develop vaccines and therapeutics.

Characterizing pathogenesis is crucial for developing vaccines and therapeutics. However, the lack of models mirroring the cellular physiology and pathology of human cells has limited research. Researchers have developed a 3-D culture technique for hAT2 cells derived from primary human lung tissue and investigated how the virus infects human lung alveolar type 2 (hAT2) cells.

The joint study involved Ju Young-seok, a professor at the Graduate School of Medical Science and Engineering at the state-run Korea Advanced Institute of Science & Technology (KAIST). "We will contribute to the development of treatments by directly applying human lung cells other than those from animals or other organs to the study of COVID-19," Ju said in a statement.

KAIST said the research team has cultivated hAT2 cells in a laboratory for more than six months for experiments that showed that 3D cells can be infected in six hours due to rapid coronavirus growth while it took about three days for lung cells to activate a congenital immune response.

"Further tracing of viral mutations acquired during transmission identifies full infection of individual cells effectively from a single viral entry," the team said. "Our study provides deep insights into the pathogenesis of SARS-CoV-2, and the application of defined 3D hAT2 cultures as models for respiratory diseases."