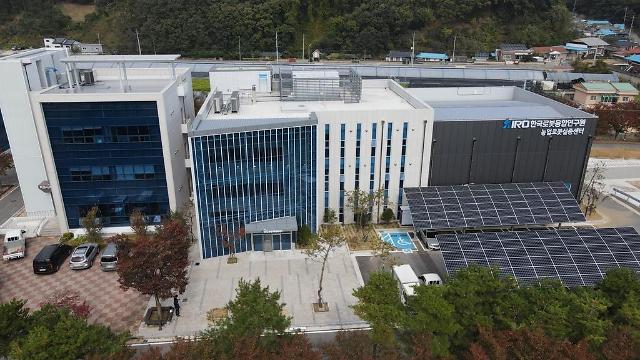 SEOUL -- South Korea's state research institute has opened a demonstration center for smart robots that would assist farmers at paddocks and crop fields. Automation is gaining popularity among farmers as robots and facilities improve work efficiency and the quality of crops.

In South Korea, 33.5 percent of farmers are aged over 70. Researchers have developed various automation technologies such as unmanned drones, autonomous tractors and other smart farming equipment.

The Korea Institute of Robot and Convergence (KIRO) said in a statement on October 27 that it has partnered with the North Gyeongsang Province and Andong City some 185 kilometers (114.9 miles) southeast of Seoul to open a test center for the development and commercialization of robots.

"We will nurture the agricultural sector by creating a foundation for the production and certification of robots that can be easily operated by old people," a North Gyeongsang Province official was quoted as saying.