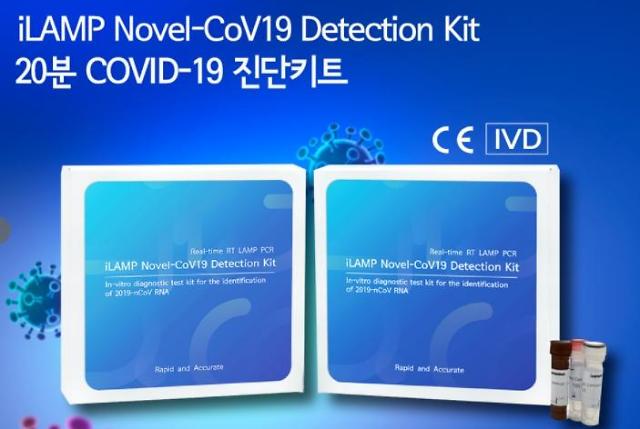 
SEOUL -- Paraguay's main international gateway will set up a fast COVID-19 screening system based on an in-vitro diagnostic device that was produced by a South Korean biotech company with technology developed by a military medical research institute.

The Armed Force Medical Science Research Institute has transferred its rapid molecular diagnostic technology to iONEBIO for the production of an in-vitro diagnostic device that will be used for a fast infection control system at Paraguay's Silvio Pettirossi International Airport. The diagnostic kit has been approved in South Korea and Europe.

The Institute's patented technology was based on loop-mediated isothermal amplification (LAMP), which is a single-tube technique for the amplification of DNA and a low-cost alternative to detect certain diseases. The technology can reduce time and cost compared to a real-time polymerase chain reaction (RT-PCR) method that amplifies a specific DNA sample.

According to the Armed Forces Medical Command, another company that received technology from the military medical institute has exported 600,000 diagnostic kits to Portugal and other major European airports. The Korea Disease Control and Prevention Agency (KDCA) has adopted the RT-PCR method. Safe, low-cost and sensitive protocols have been developed for the quick screening of asymptomatic virus carriers, but KDCA officials were reluctant to use them.