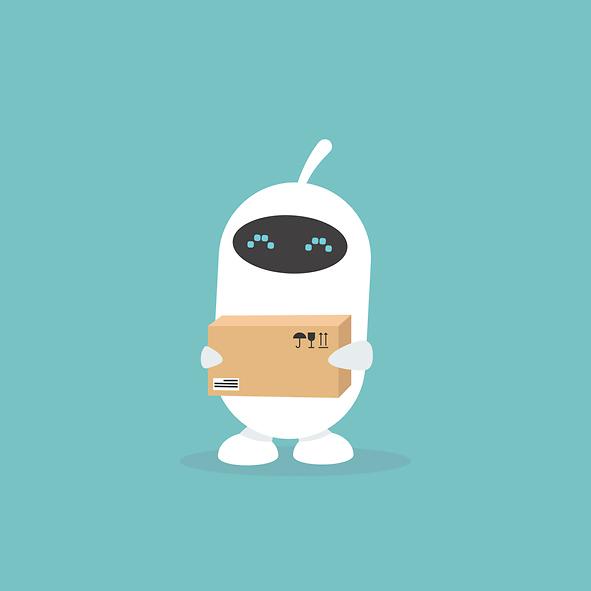 
SEOUL -- An unmanned mail delivery service using an autonomous vehicle and robots was demonstrated on a South Korean college campus to see if they are efficient in helping human workers with tasks such as the collection and delivery of mails and parcels.

The demonstration in Chochiwon, about 104 kilometers (64 miles) south of Seoul, was arranged by South Korea's state postal service and the Ministry of Science and ICT. The unmanned service will be tested on the campus by the end of November. Korea Post would demonstrate it next year on ordinary roads in Sejong City.

"The demonstration will signal the acceleration of future mail logistics services and smart cities," Science and ICT Minister Choi Ki-young said. "We will cooperate with self-driving companies to actively promote the development of non-face-to-face mail logistics technology and support early application."

Robot postmen came in different types to help human colleagues. The autonomous service collects registered mails and parcels at the doorstop of senders and carries cargo to logistics centers. Customers can apply to send mail through the post office app, uses an issued bar code in the kiosk, and put it in the locker. Recipients can enter authentication numbers they received in advance into the kiosk.

Deliverymen-type robots pick up mails and parcels and deliver them to designated sites. Helper robots capable of carrying a heavy load of cargo will accompany postmen on delivery runs.

The heavy workload of postmen has been a social issue as they work more than ten hours a day on average. City mail carriers usually travel some 40 kilometers (25 miles) per day, while those in rural towns cover over 100 km. The state postal service will gradually replace some 14,000 delivery motorcycles with compact electric vehicles.