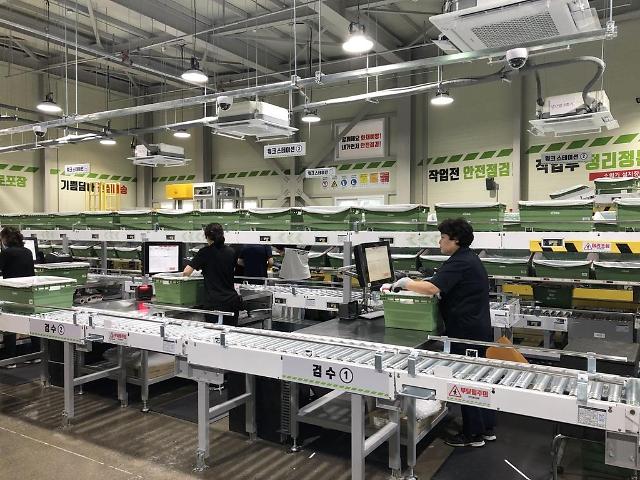 Lotte Mart said in a statement on October 29 that the company will build two semi-dark stores in southeastern Seoul and its eastern satellite city, Guri. It would enhance distribution capabilities by increasing the number of special distribution centers to 29 by the end of 2021.

"We will be able to process four times as many overnight grocery delivery orders using the new semi-dark store system," a Lotte Mart official was quoted as saying. Lotte Mart said that the increased speed of delivery would help attract new customers and pump up online sales.

Lotte's semi-dark store will be operated in a similar way to that of ordinary dark stores. Human workers will pick up products that customers ordered through Lotte Mart's online shopping mall before scanning barcodes.

Lotte Mart will use a put wall system, based on industrial engineering technology, to enhance the ability of logistics or distribution centers to efficiently locate products in warehouses and reduce steps involving human workers. A put wall system optimizes the movement process of workers who move between storage racks to pick up products for packing. Autonomous robots will work on the put wall area.

According to SDI, an international industrial engineering technology firm, a distribution warehouse that is capable of processing 65 units per hour using nine workers can process up to 150 units per hour with four human workers if it has a put wall system.