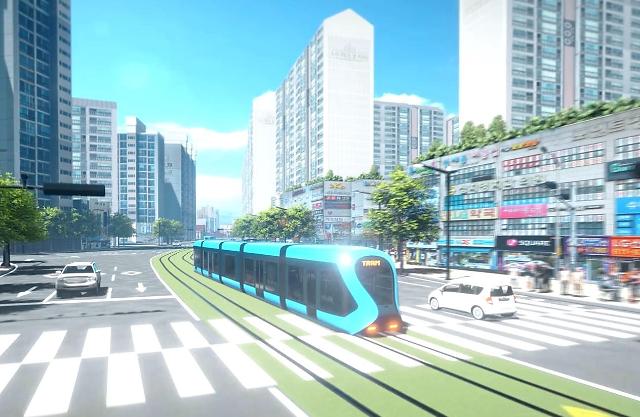 
SEOUL -- A demonstration project to build a catenary-free light rail line in South Korea's southern port city of Busan has secured state approval. If completed, it would mark the resurgence of urban tram networks that disappeared in the late 1960s. Trams powered by batteries will run on tracks installed on roads.

Construction of the demonstration section that covers 1.9 kilometers (1.18 miles) and serves five stops, will begin next year at a cost of 48 billion won ($42.7 million). After completion in 2023, the Oryukdo Line would be extended by 3·3 km. The Busan city government will work with the Korea Railroad Research Institute, a state body, to deploy low-floor trams.

Acting Busan Mayor Byeon Sung-wan described the construction of a tram line as a "long-cherished" project of local residents. "We will continue to expand public transportation infrastructure that citizens can use safely and conveniently," he said in a statement on October 29.

The first tram line started operation in Seoul in 1898. Tram networks reached their peak in 1941 when the Korean peninsula was under Japan's colonial rule, but they were abandoned in favor of cars and the development of a subway system in 1968.

A tram is a rail vehicle that runs on tracks along public urban streets. Trams use electrical power, usually fed by a pantograph sliding on an overhead line. Improvements in other vehicles led to the decline of trams. However, they have seen resurgence in recent years because they are cheaper to install than subways or other forms of heavy rail.