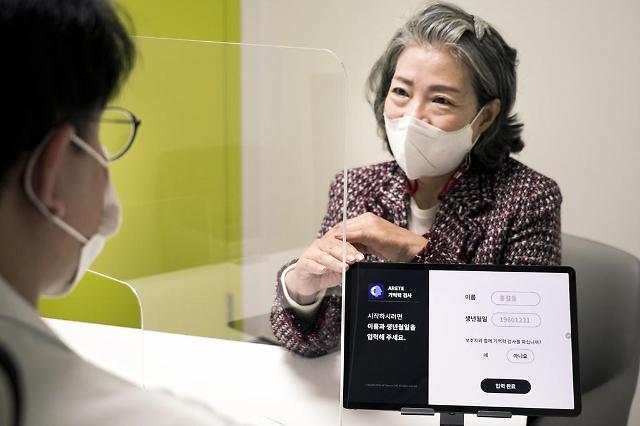 "Elderlies who suffer from dementia show clear differences in the way they talk or sound their voices. However, it was not easy using such data in analyzing mental illness," Seoul National University's medical school professor Lee Joon-young was quoted as saying.

SKT's AI-based dementia detection technology analyzes mental health by listening to voices and detect differences in the sound that is made when air is passed through an area from the nose and the nasal cavity down to vocal cords. Using a smartphone app, it can test patients in a long-distance non-face-to-face manner, SK Telecom said, adding the method is cheaper than conventional dementia examinations.

Dementia including Alzheimer's disease is a progressive disorder that causes brain cells to degenerate and die. Common symptoms are a continuous decline in an ability to think, the loss of memory and disruption in a person's ability to function as an individual human being. Community health centers provide a customized service such as dementia counseling, screening and a prevention program.

According to the health ministry, there were some 750,000 dementia patients in South Korea as of 2018, and the number of patients is expected to reach about 3.3 million by 2060. Data from Statistics Korea, a state-run statistical information service, showed that South Korea would become the world's most aged society by 2067.

As part of a government campaign to provide care services for elderlies, South Korea, which is one of the world's most wired countries, is actively adopting various devices such as AI robots and internet of things (IoT) sensors. Some devices are already in operation at daycare centers for elderlies with geriatric diseases and cognitive disorders such as dementia and delirium.

In October, SKT introduced an innovative cognitive analysis system using VR headsets connected to 5G-based mobile edge computing networks to detect symptoms of dementia. The system is to be tested at community centers for senior citizens with mild cognitive disorders living in the southern port city of Busan in November.