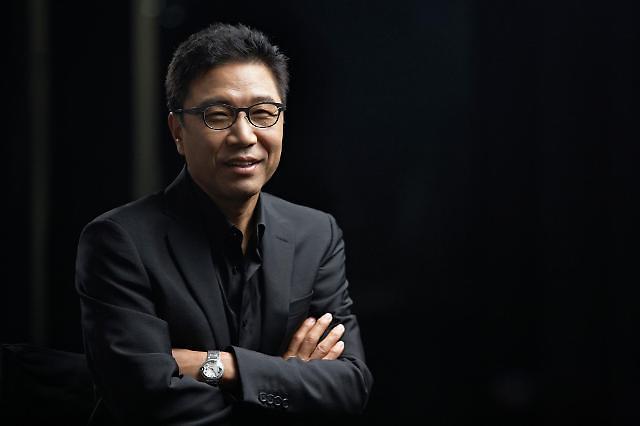 SEOUL -- A square in Los Angeles was named after SM Entertainment, one of South Korea's major entertainment powerhouses, to honor founder Lee Soo-man who was credited with venturing into the global entertainment market to promote K-pop.

SM Entertainment said in a statement on November 6 that LA has designated the intersection of 6th Street and Oxford Avenue in the California city as "SM Entertainment Square" on October 28. This was the first time a U.S. street or city section was named after a South Korean entertainment company, SM said.

A sign reading "In honor of Founder Soo Man Lee, pioneer of the Korean Wave and the global K-Pop phenomenon," was put up in the square. SM said that "SMT LA," an integrated K-pop culture zone, will be set up in the square to promote music and culture involving SM artists.

The 68-year-old producer and entrepreneur played a key role in turning  South Korea's music industry from folk songs and rock music to dance choreography performance based on hip-hop and R&B music in the early 1990s. He has produced H.O.T, a five-member boy band, and SES, a female trio. After conquering the domestic market, Lee turned his head to overseas markets and produced BoA, who was 13 years old when she debuted in 2000. She became super-successful in Japan.

In 2008, BoA tapped the U.S. market, but she had to return home with disappointing results. SM's other artists such as Girls' Generation, EXO and NCT have also knocked on the gates of the U.S. music scene to go beyond Asia, but they received less attention than BTS and BLACKPINK.

In October 2019, SuperM, an all-star seven-member unit band comprised of prominent male artists, hit the American music scene. The band is now one of the most popular K-pop bands in the United States.