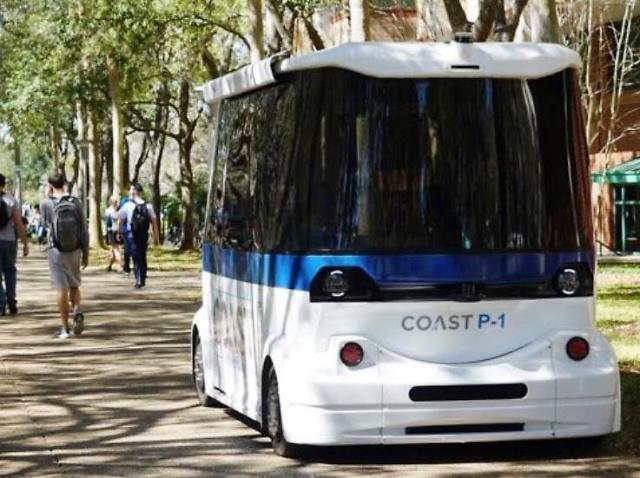 Hancom MDS said in a statement on November 12 that the company has signed a memorandum of understanding with Coast Autonomous to jointly create synergy in mobility businesses including autonomous shuttle projects in South Korea. "We will consult with local governing bodies about the adoption of autonomous shuttle buses," a Hancom official was quoted as saying.

The mobility service market in South Korea with a nationwide network of super-fast 5G mobile communication infrastructure is growing rapidly with major technology companies such as LG Uplus (LGU+) and KT, the country's top telecom company, in competition.

In March this year, LGU+ partnered with Chemtronics, a domestic electronics company, to verify a self-driving shuttle service in a residential area in the central city of Sejong, which has been designated as a testbed for smart city platforms. SoCar tested an autonomous shuttle in the southern resort island of Jeju in May using a modified Hyundai electric vehicle to carry customers.