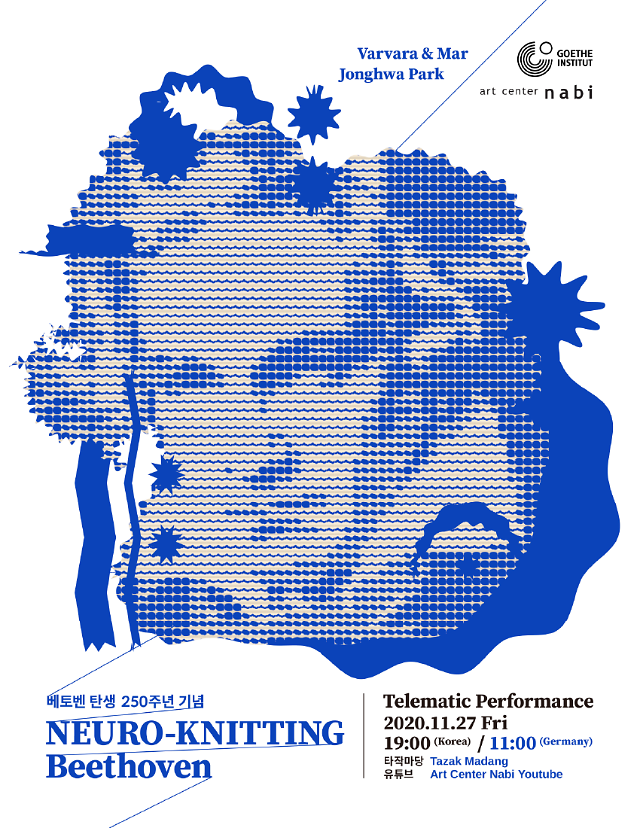 
SEOUL -- A Beethoven music performance will connect a South Korean pianist, a Buddhist monk and a knitting machine located in Europe to demonstrate a brainwave-knitting telematics performance called NeuroKnitting. The performance to be broadcast live through YouTube on November 27 will show how the emotional and cognitive reactions of a listener to Beethoven music are visually expressed.

The telematics performance is a form of a media performance using telecom technology, which transforms the brainwaves of a person into a knitted pattern using a customized electroencephalography (EEG) machine that records brainwaves and a specially designed knitting machine connected to the EEG.

NeuroKnitting was created by European artist duo Varvara Guljajeva and Mar Canet, known as Varvara & Mar based in Germany, who worked with Sebastian Mealla, a scientist from the "Music Technology Group. 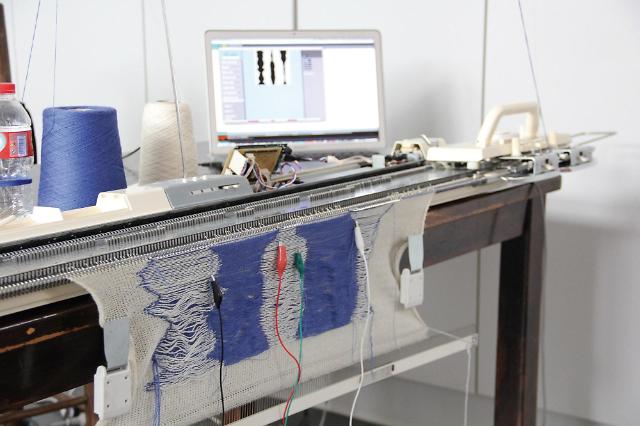 This file image shows a NeuroKnitting machine[Courtesy of Varvara & Mar]

Nabi said in a statement on November 13 that the performance would involve Park Jong-wha, a South Korean pianist who will play Beethoven's "Piano Sonata No. 8," commonly known as "Sonata Pathétique," and "Bagatelle No.25 In A Minor," also known as "Fur Elise."

Osim, a senior Buddhist monk wearing an EEG device, will listen to music while a NeuroKnitting machine in Estonia will read and reflect the monk's brainwaves onto patterns of its creations with threads of dark and bright colors that show how each part of the brain worked while listening to music.

Nabi explained the concept of the telematics performance through its website: "What if Beethoven was alive during the current pandemic times? Wouldn't he deliver us messages of consolation in a sad but bold and brave way?"