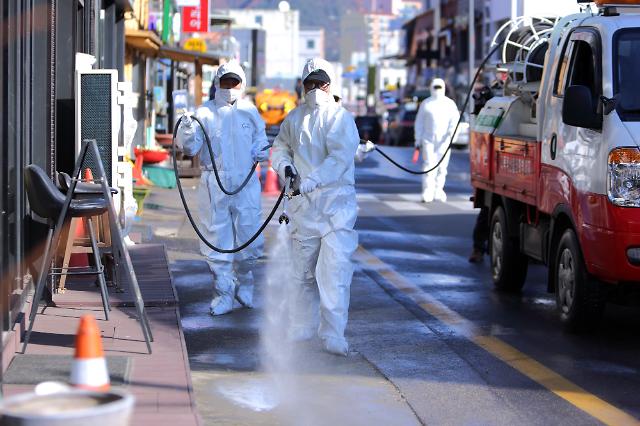 
SEOUL -- President Moon Jae-in should be credited with kickstarting South Korea's digital transformation through regulatory reforms that played a role in promoting "K-quarantine" that refers to various anti-epidemic technologies to combat COVID-19, such as diagnostic kits and a walk-thru diagnostic system introduced for the quick screening of virus carriers.

Moon's most noticeable achievement is the introduction of the so-called regulatory sandbox which exempts regulations on new products or services for a certain period of time to nurture new businesses and develop innovative ideas. Tech firms and startups were allowed to translate innovative ideas into action faster than any other time in the past.

Experts and companies are still unsatisfied with the speed of reforms, especially at a time when South Korea received global attention. They think South Korea must expand exports of bio-health and other products when the level of its global recognition was raised by K-quarantine.

"I think it's a more favorable situation than ever before," Lee Kwang-hyung, executive vice president at the state-run Korea Advanced Institute of Science & Technology (KAIST), told Aju Business Daily, calling for the reinvigoration of dynamism to attract foreign investments by industrializing technology and exporting good products. "We must find opportunities in the medical field that stood out worldwide in this situation."

Foreign investors are taking a different look at what South Korea has done through an efficient quarantine system, said the futurologist who pioneered the introduction of convergence studies and research. He said South Korea should try hard to quickly industrialize technologies related to medical devices and pharmaceuticals.

Derik Kim, a senator of the World Business Angels Investment Forum (WBAF), voiced outspoken criticism, saying South Korea is still stuck in the old frame, with innovation being led by the government. "Now, South Korea's innovation policy is regressing without taking a step out of the past frame. We need to eradicate the past frame completely and everyone should start innovating in line with the new era on zero ground."

Kim said that true innovation would take place in the post-COVID-19 era only when the government is reborn as a feeder of innovation and breaks down the barriers that prevent innovators from working together.

Suh Jin-kyo, a senior researcher at the Korea Institute International Economic Policy (KIEP), agreed that South Korea should push for bold regulatory reforms to take advantage of a rare opportunity. "It is time to boldly see and push ahead with the possibility of regulatory reforms by sector. It's a good opportunity."

The most urgent thing South Korea should do now is its quick transition to a digital society in the face of a rapid technological revolution in the world, Suh said, describing K-quarantine as a barometer that informed the world of how much South Korea's medical system has grown.