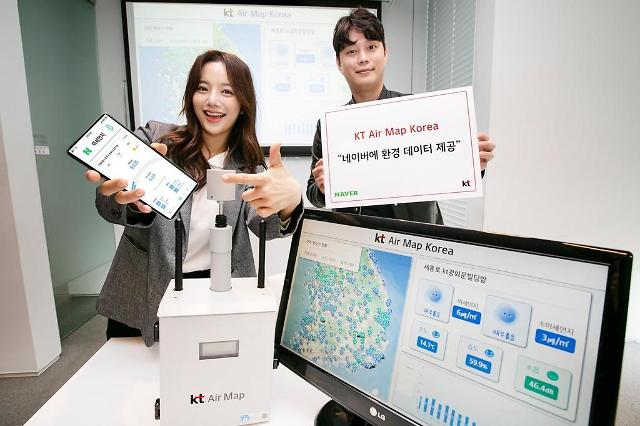 KT said in a statement on November 16 that the company would cooperate with Naver to strengthen their air quality monitoring capabilities. Using KT's data, Naver will provide a location-based weather forecast system that also provides real-time air quality information containing the density of particulate matter, a mixture of microscopic particles and droplets, in the air.

"We will continue to create more business models utilizing out artificial intelligence and big data capabilities," a KT official was quoted as saying. KT and Naver would create business models to detect stench and monitor water quality in real-time.

Air pollution such as particulate matter and ozone can cause critical illness in cardiovascular and respiratory systems. Data released by the World Health Organization in 2019 showed that about seven million people die earlier than their expected life span due to air pollution including particulate matter.