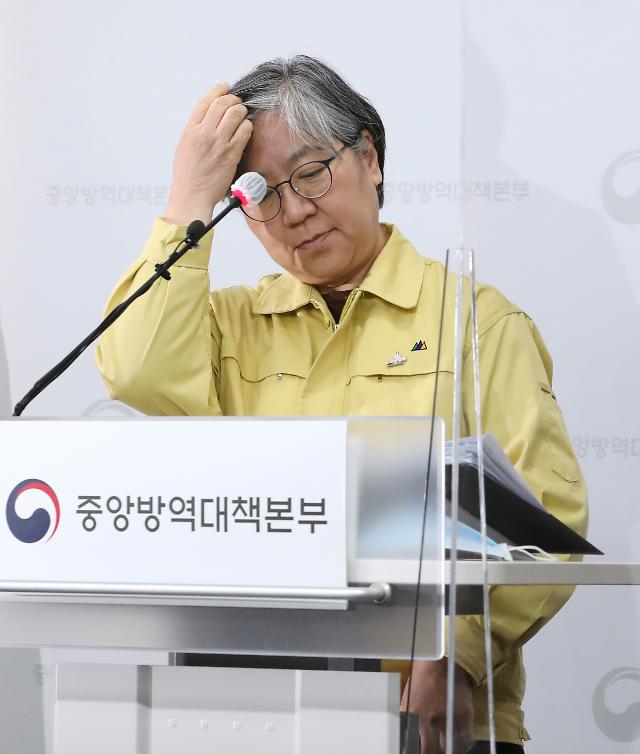 
SEOUL -- The risk of silent community infection caused by untraceable patients who unknowingly recovered after being infected with COVID-19 is higher than before in South Korea, a state anti-epidemic center said, calling for the strengthened quarantine management and inspection of facilities frequented by young people.

The rate of antibody formation among young people conscripted for obligatory military service was significantly higher than that of the general public, according to the Korea Disease Control and Prevention Agency (KDCA). "We judge that the risk of silent and small group infections is higher and wider than before," KDCA head Jeong Eun-kyeong told a press briefing on November 23.

For its third antibody survey from August 14 to October 31, the agency collected blood samples from 1,379 ordinary people. Two out of three were confirmed cases from abroad, while only one person was found to have developed antibodies through community infection.

Antibody tests are used by researchers to estimate the extent of coronavirus infections at a population level. When a virus invades the body, the immune system produces antibodies to fight it. Only one out of 3,055 people was found to have developed antibodies in the first round of antibody tests from April 21 to June 19. In the second survey from June 10 to August 13, antibodies were detected from one person.

However, a separate examination of 6,859 soldiers drafted for military service in September and October, showed that 15 people were found to be undiagnosed infections. "We need to strengthen quarantine management for those in their early 20s as young people are symptomless or show mild symptoms in many cases even if they are infected, Jeong said.

Epidemiological studies showed that young people were "very active" without recognizing infection for up to five days," Jeong said. "Their social activities were active without medical treatment or examination, so there is a high risk of spreading community infections," she said, vowing to strengthen the management and inspection of facilities frequented by young people.