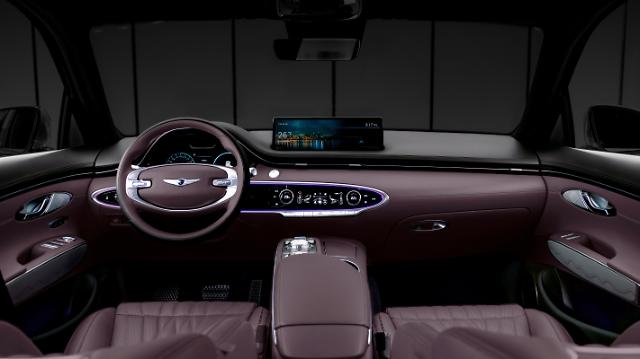 The concept of in-vehicle digital payment was revealed by Hyundai's auto group in November last year. The carmaker revealed a plan to commercialize an infotainment system that allows users to make payments and use membership cards at gas stations without leaving their cars. Hyundai said its future cars would have a fingerprint sensor for authentication.

Genesis said in a statement on November 26 that GV70, scheduled for release in December, will feature "Genesis Carpay," the carmaker's wireless digital payment system, using a fingerprint sensor located under the car's start button.

There were cars equipped with fingerprint sensors but the authentication method was normally used to open doors and start a vehicle. Genesis said that Carpay is the first in-vehicle digital payment system to use fingerprints to authenticate drivers. Other than making digital payments, the fingerprint scanner will be used for hiding private information from the car's infotainment system or customize the position of car seats.

The radar sensor is designed to prevent accidents such as hot car deaths caused by a parent forgetting a child in the backseat or a car seat of a hot car. According to the United States' National Security Council, an average of 38 children under the age of 15 die annually from heatstroke after being left in a vehicle.