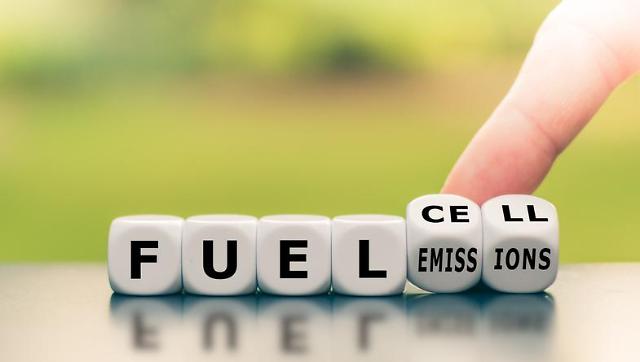 SEOUL --  KT, a top telecom company in South Korea, will establish an artificial intelligence-based smart energy platform that can be used to revamp old factories based on fuel cells and reduce greenhouse gas emissions. When hydrogen is used as fuel, fuel cells create electricity, water and heat.

Industrial complexes in South Korea consume about 83 percent of the energy used by the manufacturing sector and emit 76.8 percent of greenhouse gas. KT signed a memorandum of understanding with Korea Hydro & Nuclear Power (KHNP), the operator of nuclear power plants, and the Korean Industrial Complex Corporation, a state-run governing body of industrial complexes.

The energy efficiency of fuel cells is higher than that of thermal power plants and stands between 40 percent and 60 percent. If heat created during generation is captured, the efficiency can go up to 85 percent. Fuel cells can be used as a new power source for cars, drones and ships.