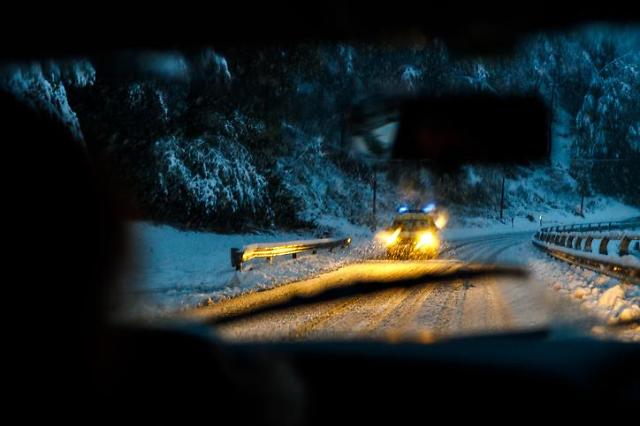 SEOUL -- To prevent winter road accidents, South Korea will release a voice alert service that warns drivers of frozen roads by using smartphone navigation apps. Black ice, also known as clear ice, is a thin coating of ice on road surfaces that causes vehicles to lose traction and crash. The service will last until March 15.

The Ministry of Interior and Safety joined hands with smartphone navigation service operators such as SK Telecom, a top mobile carrier in South Korea, and the mobility service wing of Kakao, a web service company, to release a voice alert service that sends warnings about roads and bridges that are frequently frozen.

The ministry said in a statement on November 27 that smartphone navigation apps would warn drivers when they drive towards 2,927 dangerous road sections. "It is important for the government to provide safety information accurately and quickly to prevent winter road accidents," an unnamed ministry official was quoted as saying.

For drivers that only use an in-vehicle navigation feature, the ministry would use a digital multimedia broadcasting (DMB) network to display road and weather information in real-time.