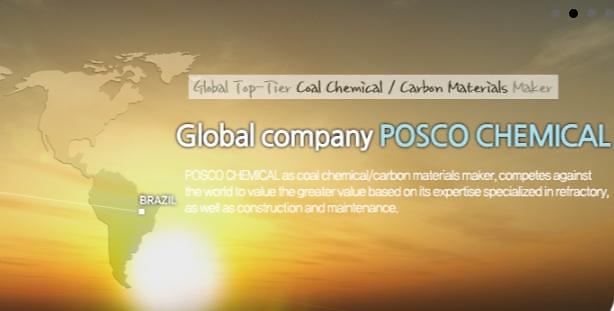 
SEOUL -- South Korea's steel group Posco presented the goal of becoming a top player in the global battery material market by speeding up the completion of a value chain to produce some 220,000 tons of lithium and 100,000 tons of nickel by 2030. It targets a global market share of 20 percent.

"Based on differentiated competitive advantages, we will foster secondary battery materials as the world's best business," Choi said, adding the steel group would expand the supply of core raw materials and secure graphite mines in Africa and Australia in order to reduce its heavy dependence on China.

Posco Chemical made a paid-in capital increase of one trillion won in early November to invest in materials after it secured a three-year contract worth $1.6 billion to supply high-nickel materials to LG Chemical, which has tried to produce a new type of efficient batteries with a longer life than conventions ones, such as NCM 811 that contains nickel, cobalt and manganese.

The proportion of nickel in NCM 811 is high so that battery producers can save costs and extend the driving range. Cobalt, an expensive rare-earth element widely used in lithium-ion batteries, is vulnerable to sudden price fluctuations.

In December 2019, the company signed an investment agreement to build production facilities for synthetic graphite materials that have a stable crystal structure to enhance the performance of batteries, compared to natural graphite.