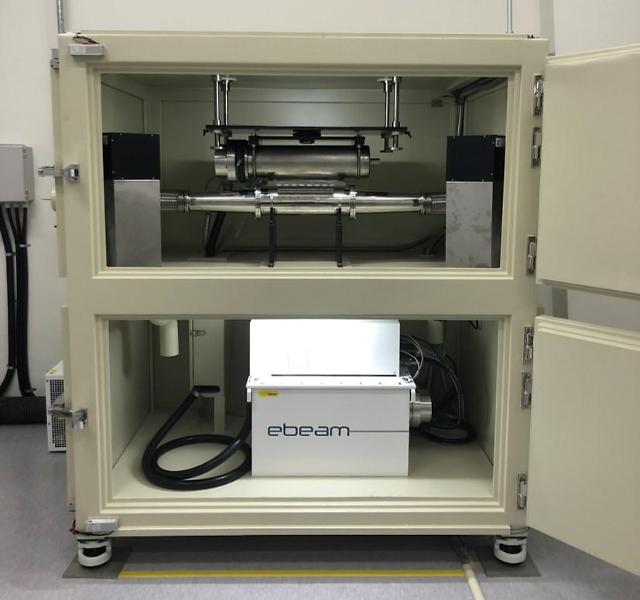 SEOUL -- South Korea's state research institute will develop and commercialize an efficient electron accelerator-based odor control system that can get rid of stench at industrial sites and help hospitals sterilize the air in air conditioning systems to prevent the airborne transmission of microorganisms.

Previously, similar odor control systems using electrons have been invented but they largely failed to hit the market due to their large size, huge energy consumption and cost.

The Korea Atomic Energy Research Institute (KAERI) said in a statement on December 15 that it would team up with Eco Core, a domestic odor control company, to develop and commercialize an integrated low-energy electron accelerator-based odor control system. They would establish a research center to acquire technologies for commercialization.

The system consists of a commercial refrigerator-sized device with a built-in electron accelerator. It can suck in smelly air to break down smell particles inside an air duct by spraying beams of electrons and clean 22 cubic meters of air in one minute with up to 99 percent efficiency. Its energy consumption is about 10 percent of previously invented odor control systems.

An electron accelerator is basically an electromagnetic tube that shoots electrons at extremely high speeds. Beams of electrons collide with odor particles, bacteria and viruses floating in the air to destroy them. "It's like shooting smell particles and viruses with an electron gun. Our new system can eradicate 99 percent of smell and microorganisms in the air," Kim Byung-nam, a KAERI researcher, told Aju news.

KAERI aims to reduce the size of a commercialized product down to about 65 percent of the prototype so that the system can be attached to any heating, ventilation and air condition systems.