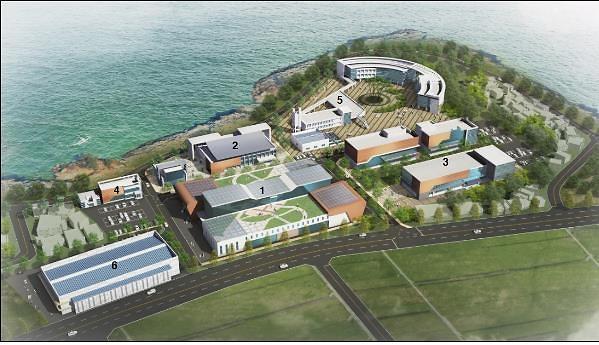 SEOUL -- A major smart aquaculture cluster will be built in South Korea's southern port city of Busan in a state project to test and introduce new technologies such as artificial intelligence, big data and internet-of-things. The cluster will be the central part of a high-tech complex integrating production, distribution, processing and exports.

The automated and intelligence cluster will be completed in August 2022 at Pukyong National University Institute of Fisheries Sciences, some 325 kilometers (201 miles) southeast of Seoul. It will serve as a testbed for developing advanced technologies to improve the productivity of aquaculture products.

Busan said in a statement on December 16 that some 40 billion won ($36.6 million) would be spent on building a connected cycle filtration system, a big data center and pipelines for water circulation. The cluster will be the center of a large complex encompassing production, processing, distribution and exports of fish by 2025. When completed, the complex would become a tourist destination in Busan.

In an effort to reform South Korea's outdated agriculture industry, the government has introduced automation-related technologies to promote smart farming. It is now common to see young farmers using AI and big data to increase profit, but the aquafarming industry has been slow to adopt digital transformation. South Korea has about 1,600 fish farms as of 2019.