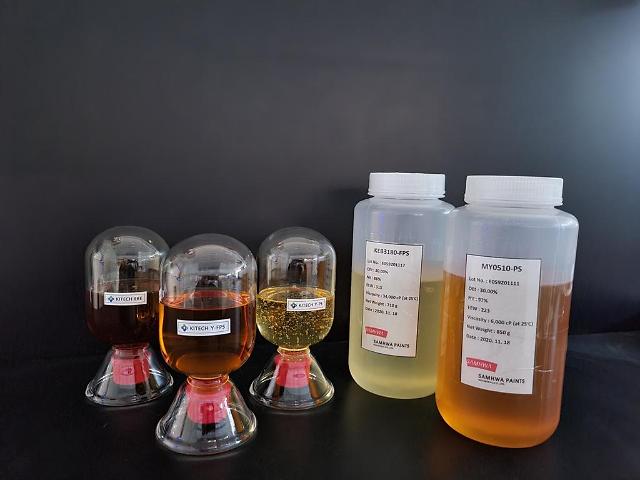 SEOUL -- Researchers have localized core technology for epoxy sealing materials that are used to protect electronic parts, especially semiconductors, from external environmental factors such as heat, moisture and shock. The technology will help South Korean chipmakers to end their dependency on Japanese products.

The state-run Korea Evaluation Institute of Industrial Technology (KITECH) said in a statement on December 16 that its research team led by professor Jeon Hyun-ae has localized an epoxy molding compound (EMC), which is used for semiconductor packaging, a sealing process that provides electrical connections to chips engraved with circuits and protects them from external shocks.

"This is the unique core technology that is capable of changing the technical superiority in the semiconductor material sector dominated by Japanese companies," Jeon said, pledging the early commercialization of a product with the world's lowest thermal expansion characteristics.

The institute said that an EMC prototype jointly produced with Samhwa Paints, a domestic paint maker, has thermal expansion characteristics that are similar to that of a semiconductor chip. If a packaging resin such as EMC has higher or lower thermal expansion characteristics than the chip's body, it will crack or bend the chip when temperatures rise or fall during operation.

KITECH transferred the technology to Samhwa, which has made preparations for the mass production of four kinds of epoxy resins. The institute said that epoxy sealing materials developed by its research team can be used to produce high-performance semiconductors for artificial intelligence and self-driving cars in the future.