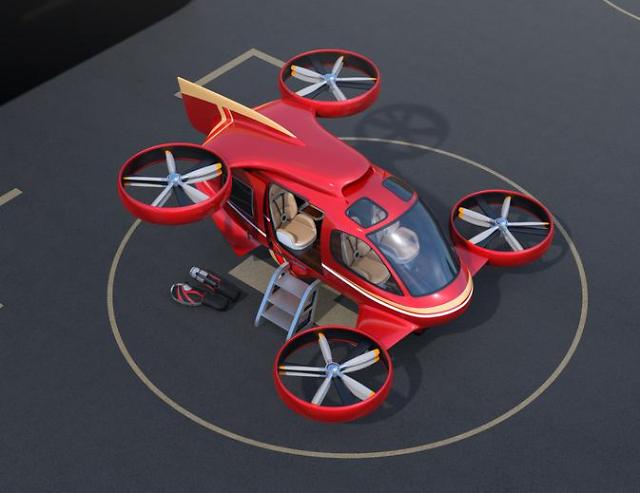 SEOUL -- South Korea's southern port city of Busan aims to become a regional hub city for the establishment of a specialized urban air mobility ecosystem utilizing its maritime environment and logistics infrastructure. A seaside demonstration section was set for the development of various business models.

Urban air mobility (UAM) is an ecosystem covering personal air vehicles (PAVs) and infrastructure such as a new navigation system, take-off and landing fields and charging technologies. PAVs or flying cars are emerging as a future system of travel to avoid traffic jams on urban roads. A government road map was unveiled in June to commercialize drone taxis in 2025.

The Busan city government joined hands with Dong-A University, Korea Maritime & Ocean University and Busan Techno Park on December 18 to establish a foundation for fostering a UAM ecosystem. The port city described itself as an ideal place to develop a specialized UAM platform that secures operational reliability in the marine environment by utilizing marine airspace.

"Busan with a living zone such as logistics and transportation along the sea has optimized conditions for the successful development of the UAM industry In terms of demand and safety," acting mayor Byun Seong-wan said in a statement. "We intend to establish a leading city in the UAM industry by creating and demonstrating various business models."

A demonstration section was designated from Haeundae Beach to a public park about six kilometers away across the sea to test flying cars.