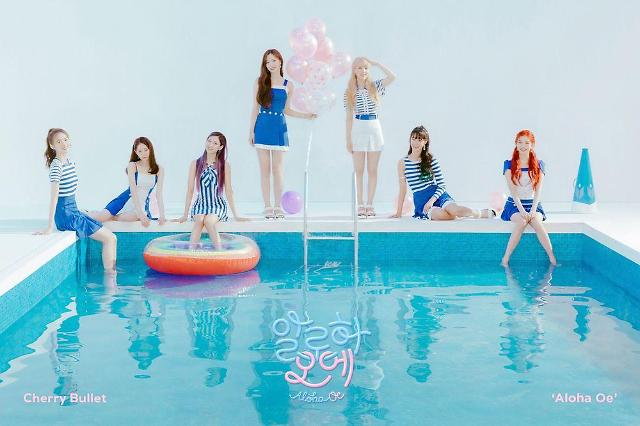 SEOUL -- K-pop girl band Cherry Bullet has nested in Weverse, an online fan community platform, to mingle with global fans in real-time through the social media operated by the agency of BTS.

Weverse was launched in June 2019 as an integrated platform where fans can interact with artists, share opinions with each other, and engage in mass fan activities. K-pop wonder BTS and its brother band TXT were the first ones to nest in the virtual fan playground. Weverse also became an online concert platform in 2020 to draw an audience of some two million to live BTS concerts.

Big Hit Entertainment said in a statement on January 4 that Cherry Bullet, a seven-member band, has joined Weverse to interact with fans. The band debuted in 2019 and released popular songs such as "Really, Really" and "Hands Up." Big Hit said the band would release a "Welcome Video" to greet global fans.