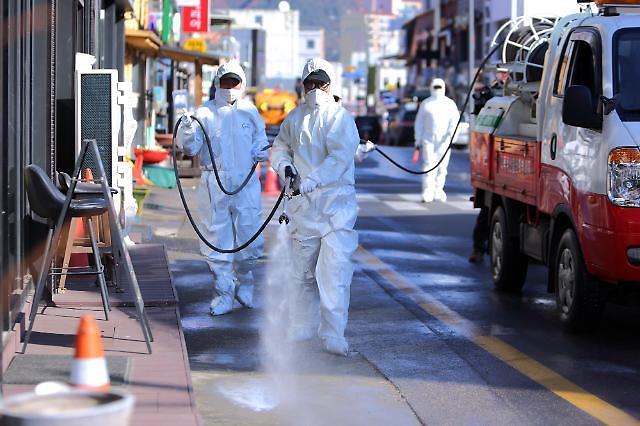 SEOUL -- Despite concerns of waning immunity, appropriate immunoassays can detect antibodies eight months after COVID-19 infection in most asymptomatic or mildly symptomatic persons, a study by South Korean researchers showed. They said that information about the longevity of humoral immunity is essential for predicting herd immunity and interpreting seroepidemiologic data.

A research team involving Park Wan-beom and others from Seoul National University College of Medicine investigated the antibody responses of 58 people who had been isolated in a community treatment center operated by Seoul National University Hospital from March 5 to April 9, 2020, to house asymptomatic or mildly symptomatic people. Serum samples were collected eight months after infection to measure antibodies.

"Since antibody detection itself does not mean immunity, further study is needed on the possibility of re-infection, especially by mutant viruses," Park said. The research team acknowledges the limitations of its study due to the relatively small size of samples and the predominantly young population, which lessen the generalization of the results.

COVID-19 infection leads to an antibody response, even in those who are completely asymptomatic, but the initial immune response was not as strong as in patients with more severe disease, raising concerns about waning immunity, the research team said in a paper published on the website of Emerging Infectious Diseases, a journal published by the Centers for Disease Control and Prevention.

Concern about the usefulness of population-based seroprevalence studies has been raised because rapidly waning immunity may lead to a substantial number of false-negative immunoassay results. However, the team found that the rate of antibody positivity was still high between 69 percent and 91.4 percent eight months after infection, even in asymptomatic or mildly symptomatic participants.

"Rates differed according to immunoassay methods or manufacturers, thereby explaining differences in rates between the studies," the team said, adding that neutralizing activity, a functional aspect of antibodies, is essential for protection from reinfection and screening potential convalescent plasma therapy donors.

Neutralizing activity was detected in 53.4 percent of asymptomatic or mildly symptomatic participants after eight months of infection, which was considerably lower than the rate of positivity detected by binding immunoassays, the team said. "This finding is not surprising because neutralizing activity is affected by various factors, including the antigen specificity and the amount of existing antibody." Plasma therapy involves the infusion of blood plasma from COVID-19 survivors.

"Our findings suggest that the duration of virus shedding reflects the amount of humoral immune stimulation, even in asymptomatic or mildly symptomatic persons with COVID-19," the team said.