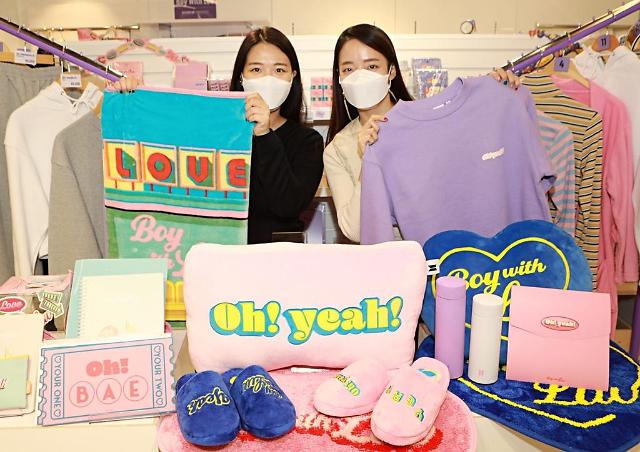 SEOUL -- In an effort to attract global consumers, the department store wing of South Korea's retail giant Lotte Group will hold live commerce shows every week until the last week of February to sell official products of K-pop BTS.

Live commerce, which is the online version of a TV home shopping show, became popular in South Korea last year thanks to a nationwide social distancing campaign that prompted people to stay at home instead of heading out to megastores and shopping malls to shop.

Lotte Department Store said in a statement that the company will sell products that are sold at "SPACE OF BTS," an official BTS-themed pop-up store, through its live commerce channel. The online shopping show will be broadcast live every Wednesday until February 24.

The department store operator said that the live commerce show was planned to help customers who find it hard to visit offline pop-up stores, project shops that are only open for a short period. Customers who participate in quiz events during live shopping shows will be offered special gifts such as BTS-themed chocolates and cookie sets.