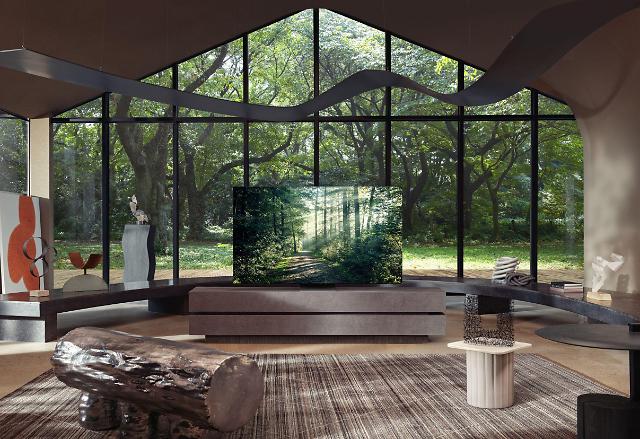 Samsung said at an online event that Neo QLED's 8K and 4K models used a new light source called Quantum Mini LED. Instead of using a lens to disperse light, and a package to fix the LED in place, the thin microlayers were filled with many more LEDs. Quantum matrix technology enables ultra-fine and precise control of the densely packed LEDs.

By using up to 16 different neural network models, each trained in artificial intelligence upscaling and deep learning technology, Samsung said that Neo QLED's processor can optimize picture quality to 4K and 8K picture output regardless of the input quality.

Neo QLED 8K features a nearly bezel-less screen providing an even more immersive viewing experience in a sleek design, Samsung said, adding that an all-new cable management system can be attached to the back for an easy install. The Neo QLED 8K also packs in premium audio features such as dynamic sound corresponds to the movement of objects on the screen.

Neo QLED 8K and 4K models offer smart features that help consumers meet their changing needs when it comes to fitness, entertainment and the home office. A new smart trainer feature tracks and analyzes posture in real time, just like a personal trainer and provides feedback on form. Users can count their reps and estimate calories burned.

With Neo QLED, Samsung said that gamers can enjoy a wider field of view and quickly monitor and adjust critical aspects of play and consumers can use their phone to initiate a high-quality, high-speed video call and make video calls directly through an optional USB-connected. A personal computer can be connected, enabling working and learning from home.

In 2021, Samsung said its TVs would come with a solar-powered remote control that can be recharged by indoor light, outdoor light or USB to help prevent waste from batteries. All 2021 QLED and Neo QLED models add new features that give those with the hard of hearing, the deaf, people with low vision, and the blind the ability to optimize their viewing to their needs and preferences.

Samsung said its Micro LED line to be introduced this year would bring consumers a breathtaking visual experience on an ultra-large next-generation screen. The Micro LED TV used micrometer-sized LED lights to eliminate the backlight and color filters utilized in conventional displays. Consumers can watch up to four sources of content simultaneously on up to 55-inch split screens by connecting multiple external devices.

Micro LED is an emerging technology that uses microscopic LEDs. Compared to OLED displays, Micro LED displays have higher brightness and a wider range of colors. Also, the new LED technology does not have luminance decay issues commonly found on OLED displays. As it has a higher density than normal LED TVs, Micro LED TV is suitable for displaying ultra-high-resolution video contents.