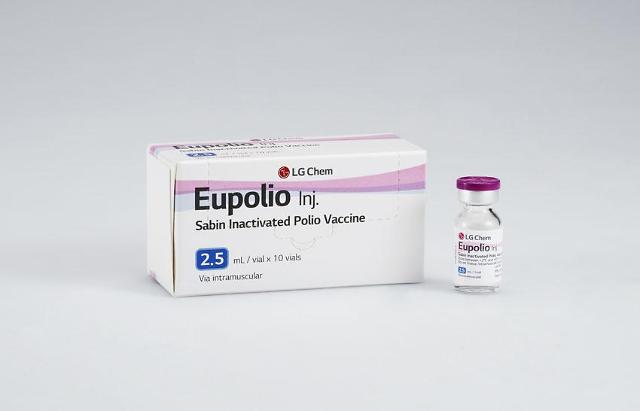 
SEOUL -- LG Chem has secured a deal worth $80 million to supply its poliovirus vaccine Eupolio through UNICEF, a United Nations agency responsible for providing humanitarian and developmental aid to children worldwide. Eupolio is the first Sabin inactivated poliovirus vaccine pre-qualified by the World Health Organization.

LG Chem said in a statement on January 7 that it would start supplying Eupolio to more than 70 countries in February, focusing on the Middle East, Africa, and Southeast Asia. Eupolio can be used for primary vaccination against poliomyelitis. The Bill & Melinda Gates Foundation has supported LG Chem's vaccine development.

Through the deal, LG Chem would supply more than 20 percent of UNICEF's total vaccine procurement. The company is involved in the development of a Eupolio-based hexavalent vaccine to prevent six diseases -- diphtheria, tetanus, whooping cough, hepatitis B, Haemophilus influenza type B, and polio.