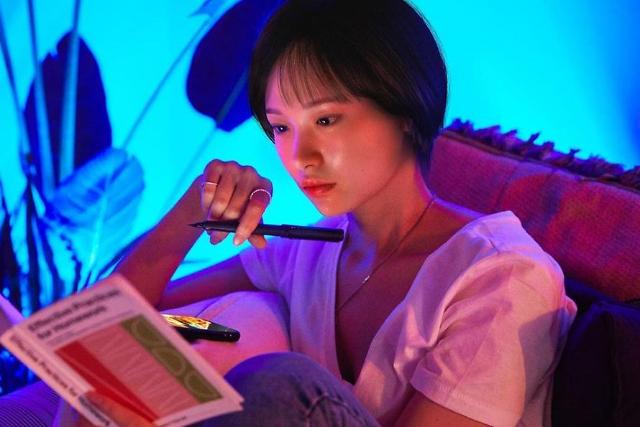 
SEOUL -- Reah Keem, a 23-year-old virtual woman, will maker her international debut as a presenter for LG Electronics' online media event at CES, an annual trade show. LG has used artificial intelligence technology to create a unique character who described herself as a virtual influencer who creates music after studying in London.

Reah runs an Instagram account followed by more than 5,000 people. In an interview published on LG's news blog, she said that she wants to let the world know about her during a three-minute presentation on January 11 (Korean time).

"The years I spent in London were more difficult to adapt to the new environment, but it was also a time when I became immersed in music in earnest," said Reah. She said she was able to participate in CES 2021 thanks to the English she learned in London.

The virtual woman said she opened an Instagram account in May 2020 to share her music, daily life and taste with other people. Two months later, she released her first song. "Rather than simply delivering music, I want to communicate in various fields such as visual arts and fashion. I will try to become an artist who delivers messages with cultural content that everyone can participate in and communicate with."

Now, people begin to take the virtual existence for granted, LG said, adding the COVID-19 pandemic has opened a new era in which virtual humans are active thanks to artificial intelligence and new technologies such as XR or Cross Reality encompassing a wide spectrum of hardware and software that enable content creation for virtual reality, mixed reality and cinematic reality.