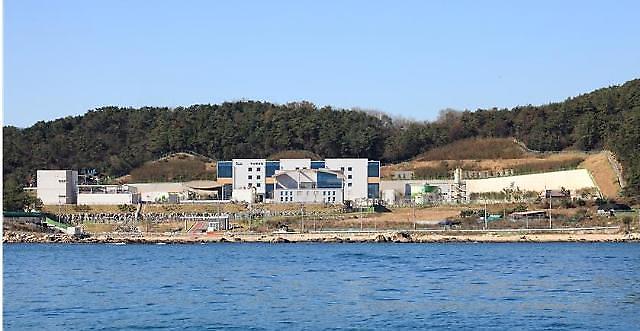 SEOUL -- The southern port city of Busan will use a desalination plant for tap water as a research hub to demonstrate new desalination technologies and localize parts. The biggest desalination plant in South Korea has been virtually inactive since 2016 due to protests by residents.

The reverse osmosis desalination plant located in Gijang, a coastal town near Busan, was built in 2014 through a 200 billion won ($82.9 million) project to produce 45,000 tons of tap water daily. However, the plant's operation came to a stalemate when Gijang residents claimed that seawater could have been contaminated by a nearby nuclear power complex.

In 2019, the port city had pushed to use the desalination plant to produce industrial water. However, the plan was scrapped because it was cheaper for factories and industrial complexes and convenient to use existing water pipelines.

Busan said in a statement on January 8 that the city has forged a cooperation agreement with the Ministry of Environment and K-Water, a state water resource development and management agency, to use sections of the desalination plant as a demonstration center to research, develop and test new desalination technologies. Researchers will conduct research to improve the water quality of the Nakdong River.