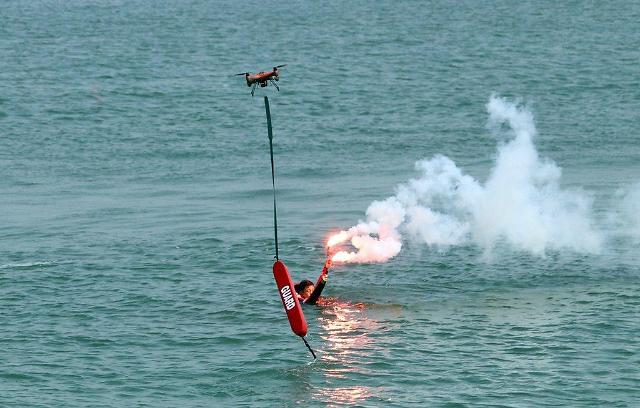 SEOUL -- To nurture skilled drone operators and manage unmanned aerial vehicles, South Korea's coastguard has established a dedicated department for the operation and management of drones. The department would also play a vital role in the standardization and deployment of drones for administrative purposes.

Coast Guard said in a statement on January 14 that a new department has been set up to help law enforcers professionally operate drones and unmanned aerial vehicles (UAVs). Currently, the coastguard operates 49 multi-copters, 15 UAVs, and three unmanned helicopters for illegal activity monitoring and search and rescue missions in the sea.

Urban areas in South Korea are virtually no-fly zones for drones. Only authorized operators are allowed to fly drones after receiving permits from local governing bodies and military bases. The operation of drones is strictly limited in Seoul, the capital city. Violators can receive fines of up to five million won ($4,548) or jail terms of up to six months.

However, they are also widely used for monitoring. Drones are used by firefighters for search and rescue missions in the sea and in the mountains. They are also used to check the structural integrity of hard-to-reach places such as the space underneath the truss of a bridge or a chimney of a large factory.