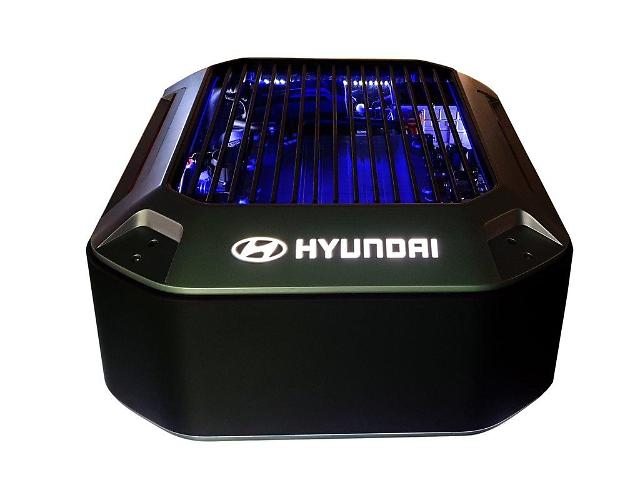 SEOUL -- South Korea's Hyundai auto group has signed an investment contract with China's Guangdong Province to set up a hydrogen fuel cell production plant. The South Korean carmaker group will use the factory as a useful bridgehead into China's rapidly growing fuel cell market. The fuel cell market in China is estimated to reach $255.2 billion in 2032, according to global research firm Research and Markets.

Hyundai said in a statement on January 15 that the company signed an investment agreement with Guangdong Province in southern China to set up a fuel cell production plant capable of producing 6,500 units of fuel cell systems per year. Financial terms were not disclosed. The construction of the plant will begin in February and it will be completed by the second half of 2022, the carmaker said. The plant will be Hyundai's first fuel cell production base located outside of South Korea.

At the plant, fuel cell systems that are used for Hyundai's hydrogen fuel cell vehicle NEXO will be manufactured. Also, Hyundai will cooperate with Chinese companies to participate in Guangdong Province's hydrogen-related pilot projects and initiatives to secure an advantage in China's hydrogen industry.

China is one of many countries that are pushing hard to change their fossil fuel-based transport and logistics systems into eco-friendly ones using electricity and hydrogen. In October 2020, the China Society of Automotive Engineers released a roadmap to foster a hydrogen economy. The roadmap included a plan to have one million fuel cell vehicles on China's roads by 2035.