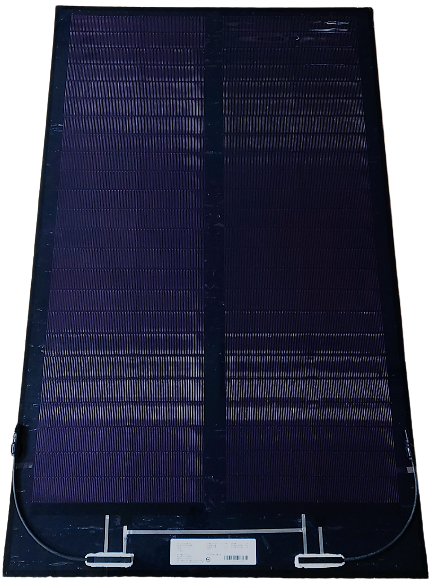 
SEOUL -- Korea Hydro & Nuclear Power, the operator of nuclear power plants, has localized technology for copper indium gallium selenide solar cells that can be used to convert sunlight into electric power, as part of efforts to develop a building integrated photovoltaic system.

A copper indium gallium selenide (CIGS) solar cell is manufactured by depositing a thin layer of copper, indium, gallium and selenium on glass or plastic backing, along with electrodes on the front and back to collect current. CIGS layers are thin enough to be flexible, allowing them to be deposited on flexible substrates. CIGS outperforms polysilicon at the cell level, but its module efficiency is still low due to a less mature upscaling.

Korea Hydro & Nuclear Power (KHNP) has teamed up with the Korea Institute of Energy Research to develop and test (CIGS) solar cells that can be applied to buildings. During the first half of 2021, KHNP aims to install a 3 kW demonstration system using vertical walls and 10 kW facilities on the roof.

"With this localization, we will diversify our solar power application locations to pioneer a new solar energy market and contribute to expanding renewable energy," KHNP CEO Chung Jae-hoon said in a statement on January 25.

Building-integrated photovoltaics (BIPV) are photovoltaic materials that are used to replace conventional building materials in parts of the building envelope such as the roof, skylights, or facades. They are increasingly being incorporated into the construction of new buildings as a principal or ancillary source of electrical power.

South Korea has joined an international race to develop next-generation solar cell technologies. A joint solar energy research and development center will be built near the central city of Daejeon by 2022. Policymakers have emphasized the importance of improving the power efficiency and cost of manufacturing solar energy cells in order to gain competitiveness in the global renewable energy market.